Of all the pieces of equipment I can remember using during my time on a detachment and during training, few can compare with the versatility and usefulness of 550 cordage. This cordage is the same type used in military parachutes and has saved my ass in a variety of ways. One of the biggest downsides of 550 cord, particularly when trying to access some in the middle of the woods at night with zero illumination, is its maddening tendency to get tangled if not stored properly.

The last thing I want to be doing when I need cordage to tie off shelter or secure equipment is to be left standing with my cord in my hand (trying to get it untangled, I mean). Here’s a simple solution that can find many uses, even in civilian life!

To be honest, I’m not sure of the name of this type of knot/rope storage, but it creates a constant loop of the cord folding back into itself. When pulled from the running end of the cord, the second loop releases the first loop as the third loop releases the second, and so on until you have the exact amount of rope you need. No tangles, no freezing-numb fingertips, no insanity-induced frustration from finding a pile of cordage has exploded in your pack!

The coolest thing is that you can pre-loop any amount of cordage you deem necessary, load it into a rucksack or backpack and leave a small strand of the running end poking out so you can pull and cut at a moment’s notice.

This works just as well on things like outdoor extension cords. It saves space in your garage, avoids

tangles and looks cool. I’ve gotten some “WTF” looks from more than one of my neighbors when they see the cord in an odd tangle, but instantly recognize the value of the loop structure. It’s easy to re-loop once you’re finished, and even easier to teach!

First, start with an end-of-the-line bowline to create a fixed loop.

just enough to create another loop.

Repeat until complete. As I reach the end and once I cut cordage from the bundle, I tie a simple half hitch back over the end loop to avoid it from coming loose.

Just be sure to pull from the right end or you’ll spend an hour trying to figure out why the damned loops aren’t pulling loose from each other (I’ve been there more than once, for some reason). 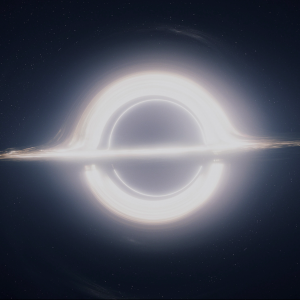 Knot Tying and Lashing, A Needed Valuable Skill in SFAS

Bennie Adkins, A Medal of Honor Recipient Who Had a 38-Hour Battle Marathon With Viet Cong