Rad on Gear: On the scene at Operation Lion Claws Military Simulation Series

Rad’s not just an adventurer, he’s also the owner/operator of Tactical Airsoft Supply out of Salt Lake City. In this edition of Rad on Gear, he stumbles across a fan in the cadre of Operation Lion Claws. Sure, he gets the name of the site wrong once or twice, but it’s the thought that counts! Rad’s new friend Brian goes on to talk about hydration and the books of former Navy SEAL, Brandon Webb.

For those who aren’t familiar, Operation Lion Claws is a military simulation series that sees participation from airsoft enthusiasts from around the world, but it’s also seen its fair share of real-world military heroes. Colonel (ret) Danny McKnight of Black Hawk Down fame, MSG (ret) Howard ‘Mad Max’ Mullen (co-author of Army’s Hand to Hand Combat Manual), and legendary Green Beret Colonel (ret) Paul Longgrear are just a few of the war fighters that have made their way to Lion Claws.

Here’s Rad to tell you more:

Share This:
About Aaron "Rad" Radl View All Posts 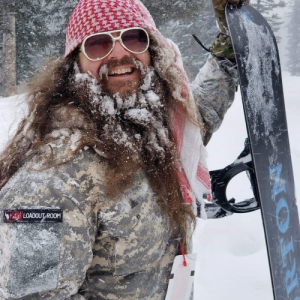 Rad on Gear: Train at home with the Elite Force 1911 TAC Airsoft Pistol

Rad on Gear: Get your airsoft on without losing an eye with Valken masks

Rad on Gear: The need to feed with Clif Bars

Rad on Gear: When you go down but comms don't (with BaoFeng Radios)

Big Changes Are Coming to the Marines’ School of Infantry

Get Free Month Start Trial
Already a subscriber? Log in
Disclaimer: By submitting your email, you agree to our Terms of Service and Privacy Policy. You may receive marketing emails from SOFREP. You may opt out anytime.