I first came across the Chiappa Little Badger survival rifle in a magazine a few months ago, and distinctly recall thinking to myself, “I’m not sure how useful that would be… but it sure looks cool,” as I kept flipping through the pages.  In that brief moment, I told myself that if I came across a cheap one, I’d have to buy it and try it out – if only because “it sure looks cool” has been excuse enough for me to do all sorts of foolish things over the years.

Not long ago, I stopped into my local gun shop (as I tend to do every time someone is foolish enough to deposit money in my account) and low and behold, there it was: that cool little folding rifle I’d seen in my magazine.  I’ve purchased a number of firearms and accessories from the quiet little shop in my small town, so after a bit of discussion, they let me take it home for well below the retail price, in part because none of us were really sure how useful the thing actually would be.

The rifle came chambered in .22WMR (also referred to as .22 magnum), though you can find ones chambered in .22LR and .17HMR in most places they’re sold.  It’s a breach loading, single shot rifle that, when folded, occupies a tiny space about 16.5 inches long and 8 inches across.  In firing position, the rifle has an overall length of about 31 inches, which makes it look downright silly in the hands of a 240-pound ape like me.  Its M1 Carbine style adjustable front and rear sights are easy to use and it comes standard with Picatinny rails for the folks that like using glass to spot their small game.  The rifle also comes with a shell holder on the buttstock that can hold 12 rounds and a coat or two of black paint; that’s it – no frills, just function.

Without any ammo on the buttstock, the Little Badger weighs it at around 2.9 pounds – making it a theoretically great addition to your survival pack, and it comes with a handy carrying pouch in case you’d like to keep it slung externally, instead of tucked away.  The rifle has no foregrip or safety, but because it’s meant to be stored in the open position, the safety isn’t much of an issue.  The important components of the Little Badger are all made of either zinc alloy (receiver, barrel shroud and trigger guard) or steel (hammer, trigger, action-release lever, extractor, all the screws and pins, barrel and wire buttstock).

As what is effectively a pipe-rifle with some plastic “iron” sights, the Little Badger was clearly designed with lightweight utility in mind; just what you’d want out of the last resort you keep in your pack.  Because this rifle was intended for that sort of survival work, it was important to me that I find out how this thing operates when you’re tired, stressed out, and in a filthy field environment.  Even a HiPoint can hit a target at your local indoor gun range, after all.  What matters is what it can do in the field.  If I’m going to add even three pounds to my pack, I want to be sure it does what it’s designed to do.

Over the span of the last three weeks, I’ve dragged this poor rifle through the mud, put rounds down range, and then dragged it through some more.  I fired it in the rain, carried it for miles, and only gave it a few light cleanings to clear barrel obstructions and the like.  What follows is my honest assessment of its performance thus far.

Pros:  The rifle is exactly as light as it claims to be.  I try to cover three or four miles of trail hiking or jogging a day, which means this little rifle and its accompanying bag (which I refer to as its Pew-Purse) and I have probably logged better than thirty miles together over the past few weeks, and aside from the uncomfortable straps, I could barely tell it was there.  It’ll bounce around on you a bit as you run, even if tightly synched, but that problem likely wouldn’t persist when well strapped to the inside or outside of your pack.  When folded, it doesn’t take up much space, and fits easily inside the main pouch of each of my packs.

The rifle itself is accurate and reliable, but like any weapon, you need to zero the sights before you can expect to tag small game from any distance.  Survival rifle or not, you need to prep it after taking it out of the box.  The Picatinny rails will likely come in handy for optics to that same end.  The weapon has proven accurate out to fifty yards for me, and I’d be willing to bet it would continue to be as far out as a hundred, if your eyes are good enough to pick out a rabbit or coyote from that distance.

Cons: The rifle’s folding design is basically no different than any breach loading weapon: it folds in half at the breach and then can be tucked neatly into its carrying case.  For those of you who have spent some time in the field during less-than-perfect conditions, you can probably predict my biggest criticism of this weapon: it’s just begging to get clogged up with dirt and field grime.  And to be honest: it did.

With that in mind, however, its simple mechanism makes it easy to clean and pretty immune to the dirt I couldn’t press out or brush away.

The minimalist design means there isn’t much to grip when shooting in bad weather conditions, and although it never slipped from my hands, I was more uneasy firing it quickly when it was wet.  The breach loading, single shot design certainly saves weight and keeps things simple, but it also means you need to choose your shots carefully – as your target may not still be there by the time you reload.

The plastic sights are easy to use, but I worry that the plastic will ultimately fail to hold up to long-term abuse.  Thus far, they haven’t shown any signs of wear, but I’d still prefer metal ones.

Conclusion: The Chiappa Little Badger isn’t an all-purpose rifle, and I’ve certainly got long guns that can do everything this one wants to do better, faster, or with more panache than you can keep in the Badger’s little Pew-Purse… but that doesn’t mean it doesn’t have its uses.  After I tried my hardest to put this little gun through more than its fair share of trouble, it kept on shooting – and it proved to be accurate further away than my recently regained vision could reliably see.

Despite its open breach feeling like an invitation for trouble, I’ve decided the Little Badger has earned its spot in my weekend bag.  It offers a whole lot of peace of mind in a comparably tiny, three-pound package, and while I don’t intend to need to use it in a survival setting, I feel comfortable in saying it’ll be ready for me if I ever do.

Like other niche firearms, the real value of the Chiappa Little Badger may be in its novelty, as everyone that’s come through my office since I picked it up has walked right past the spent AT-4 tube and the rest of the stuff I keep lying around and gone straight for the Pew-Purse and the folded-up rifle hidden inside.  Everyone’s got an opinion on the thing, whether good or bad, and the conversation alone has made it worth what I paid.

The Little Badger would make a great first rifle for young folks or ladies like my wife with a small frame and big attitude.  It’s reliable, easy to clean, and light weight – which makes it a pretty good choice as an emergency weapon as well.  But just like any specialty weapon, it’s not for everybody.

If you feel like you could use a little reassurance in your Molle pack, or want a reliable weapon you can throw in the glove box of your pickup truck, you won’t go wrong in spending around $200 on a Little Badger – but if you’re looking for just about anything else out of your firearm, you might be better off saving up for something more useful.

Courtesy of SOFREP and written by ALEX HOLLINGS 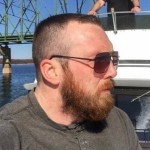 Alex Hollings Alex Hollings served as an active duty Marine for six and a half years before being medically retired. A college rugby player, Marine Corps football player, and avid shooter, he has competed in multiple mixed martial arts tournaments, raced exotic cars across the country and wrestled alligators in pursuit of a story to tell. His novel, “A Secondhand Hero” is currently seeking publication.

Why You Should Mark Your Magazines and How to Do It

India-France Labs Team Up for the Ultimate Submarine Tech