The Automatic Glock 18 and the CIA

The Glock has long been a favorite pistol brand of mine. I carried the Glock 17 and 19 in the CIA. While I was in South America, the agency asked me to test fire the Glock 18 to determine its suitability for our operating environment. For those who don’t know, the Glock 18 and Glock 17 look similar to the untrained eye. The Glock 18, however, is a full-auto pistol that fires a 9x19mm round.

Before firing my first round through the Glock 18, I was already skeptical of the pistol. I correctly predicted that I wouldn’t maintain a tight shot group while sustaining the 1,200-rounds-per-minute rate of fire. Setting up 10 yards from my target, I inserted a 33-round magazine. I squeezed the trigger back and the pistol hummed.

After the first round, it was useless to try to acquire an accurate sight picture through the rear aperture of the weapon. A few rounds downrange, I hastily adjusted to the point of aim, point of impact tactic just to keep rounds on target. I blew through the high-capacity magazine in mere seconds. My target had about seven rounds that pierced it.

This article originally appeared on SOFREP. To read more – www.sofrep.com 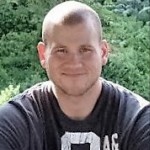 Drew Dwyer is a Marine Corps veteran and former CIA operative. As a Marine, he was assigned to the Presidential Security Force Detachment, the Pentagon as a public affairs representative, and received congressional nomination to assist on the Government Reform Committee for Congressmen Joe Scarborough and Dan Burton. In the CIA , he participated in clandestine operations across five continents during a ten year tenure.

Testing the automatic Glock 18 for the CIA