That Rifle On The Wall

“That rifle on the wall of the labourer’s cottage or working class flat is the symbol of democracy. It is our job to see that it stays there.” -George Orwell

Hear this. When the 2nd Amendment was written, those who put their quills to paper, wet with ink and purpose, did so having just witnessed the most lethal weapons ever clutched by man defeat the most powerful empire on the Earth.

The rifle was expensive, required advanced skill, knowledge and abilities to fabricate and as I previously stated was the epitome of lethality at that particular moment in our history. Nothing up to that time was as lethal in its ability to send a .30 to .70 caliber ball hurling at over 1100 feet per second 200 yards, smashing through the flesh, bones and organs of an enemy – killing him with aim and from a distance.

There is nothing sanitary about the 2nd Amendment. No, it is truly a war doctrine, wrapped in a right, an insurance policy against tyranny. The 2nd Amendment is people’s 4th branch of Government, so if and when the tyrants overpower the Legislative, Executive and Judicial branches, when checks and balances are no longer just, no longer human, no longer functioning within the interests of the people, then the populace can institute their 4th branch, wield their modern, most advanced weapons of their time and restore their republic to the way it was intended.

The right to keep and bear arms, is over discussed, over debated, and quite honestly elementary. It wears me out. Truly how ignorant are people to not see the time, the mindset, the context in which it was penned? Had it been drafted today, the founders would have been guaranteeing the right to own – yes automatic weapons *gasp!

The right has nothing to do with wearing an Elmer Fudd hat and hunting wabbits or ducks. No, the 2nd Amendment secures the right, to the most advanced, lethal weapons of war circulating as arms, carried for combat at the time. Remember, at that time the rifle was better than the weapons the occupying British redcoats wielded. Remember, after the 2nd Amendment, citizens even owned field artillery and cannon!

No side argument or distraction will I pay attention to. There is no discussion. As I have posted previously, law, history, the context, and the fundamental, natural right to self defense and self preservation, self determination are on my side. You can have our guns – from our cold dead hands. 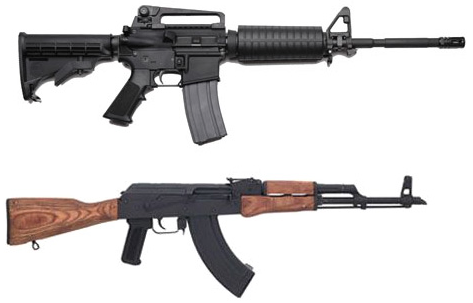 Where ever you are – remember this, you have a right to bear arms, even if your statist regime tells you otherwise.

Not just kids’ stuff: Why it’s worth having a good quality BB gun in your survival loadout

The NRA vs. Yeti Coolers | Can’t we just hug it out?

Cliff Booth, the Badass Stuntman, Was Inspired by These 2 Men