This do something effort comes in the wake of a mass shooting committed by someone 19 years old. Mass shootings are a statistical outlier, but this particular one was an outlier inside an outlier. Mass shootings, in general, are not committed by people that are 18, 19, or 20. Unfortunately, this age range is an easy target for unconstitutional do something laws. People at that age range tend to be less politically active and less likely to vote, so they are easy targets.

Those young firearms enthusiasts can pay taxes, join the military, live on their own, go to prison, vote, but are now denied their Second Amendment rights. So what can they do? That’s easy, buy an 80% lower receiver.

Most states are merely banning the purchase of a firearm to those under the age of 21, not outright banning the ownership of weapons for those under 21. This age restriction has long been the case for handguns, and even then it was a violation of our Constitution. Some of these states have also made private transfers to people under 21 illegal. However, I’ve yet to see a law prohibiting people from building guns once they turn 18.

80% receivers cover a wide variety of firearms, including Glocks, 1911s, AR 15s, and AR 10s. The enterprising builder can also find FAL kits, Sten guns, and more if they are willing to dig and spend the money.

80% lower receivers are firearm’s receivers that have not yet been finished. 80% isn’t necessarily a legal term, and percentages are debatable, but that it’s their accepted names. These receivers are no more regulated than a paperweight. It’s not until you start milling them that they become actual firearms receivers. 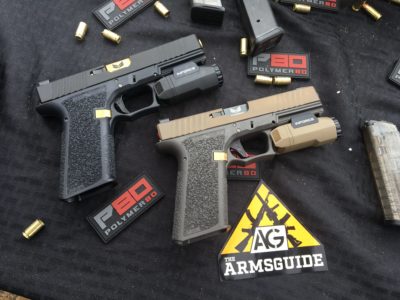 Since they are mainly unregulated, they can be shipped directly to your home without the need for an FFL. After that, you can then order the remaining parts online and start milling. Admittedly this is a little harder than just buying the gun you want. However, it’s far from complicated. It does take some tools, and the tools needed will vary between builds. For an AR style build, you’ll need a jig, a router or drill press, and vice. Of course, you may need some smaller tools for installing the parts like punches and an AR wrench. The tools can be costly depending on the quality you go with, but they can also be borrowed or re-used.

This country has a long history of building guns to avoid the laws of oppressive governments. Sadly, if you happen to be in a state where these laws have passed and you fall into that age range you may not have any other option besides building guns. The good news is that it is a fun challenge, and you’ll gain new skills and expertise in your hobby. Youtube is here to help, and so are plenty of forums, subReddits, and more. What kind of gun are you looking to build? I’ll point out the few I know out there that will deliver you from Unconstitutional laws. Building guns all starts with choosing your 80% receiver.

This is a short list that covers most platforms. The AR is typically the best beginner’s choice because of the number of instructions, tools, and purpose-built jigs for the AR 15 80% receivers.

The ability to build your own Glock, 1911, or AR rifle is invaluable. Take advantage of it. It’s not just building guns; it’s an act of defiance. A means of protest. Building guns is a celebration of both your first and second amendments.

Build Guns With Dad – An 80% Build For Father’s Day

The Ghost Gun: Not a Problem and Not a Threat

A Bag Full of Freedom Brought to you by Gun Skins