Why America will always be great

Go to the average mainstream news site and you’ll probably find something about the political circus that was the election. The outcome of the election is important, but let us not forget one of the hard truths of the world which no politician will be able to change; there are some evil beings out there looking to do evil deeds to us. There are also the brave few who are out there still fighting the good fight, doing good things, and as we were so harshly reminded last weeks, there are the best of us who have given all: CPT Andrew Byers and SFC Ryan Gloyer from 10th Special Forces Group killed in Afghanistan, SSG Matthew Lewellen, SSG James Moriarty, and SSG Kevin McEnroe from 5th Special Forces Group killed in Jordan, and SSG David Whitcher who died training in Key West. The Regiment loses six Special Forces Soldiers in a sad week

I know I’m preaching to choir with this community, but it’s tough not to feel frustration. The latest celebrity gossip or political mudslinging garners more attention than deep political concerns or attacks against our military; a military still at war just with a different label.  Sure, I get caught up in my daily routines within the comforts of my current reality. Still, I can’t help but think about those out in the dark places helping those who can’t fight for themselves.

This political season has been more than a tough pill to swallow. I’ve probably lost some quality years off my life trying to find a high point in it all. I still haven’t found many, but I did find comfort in this: regardless of any fancy campaign slogan or election outcome, this country has always been great, and it always will be. If you ever need any proof of that, just take a look at the men we lost last week. Those still out there doing great things. The greatest individuals of our country are still answering the call and willing to go do the thing that many won’t.

No country is perfect. We have our fair share of issues, but we can freely voice our opinions about it. We can go to polls and vote to change it, all without having guns pointed at us in case we make the wrong decision. So whether you are celebrating the election results, or taking to social media with your rants, remember that this is still our country. It is still great, and will continue to be great because of those we’ve lost, and those like them still out there. 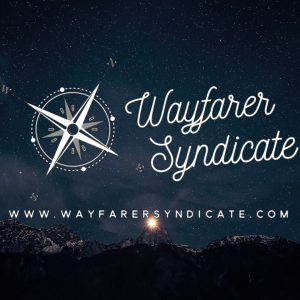 The Men of Covert Operations: Blacker than black

Crush Enemy Morale: Most Disturbing Military Strategies of All Time