The entire special operations community, and those affiliated with or following it, remembers a tragic day in February of this year. The news that Chris Kyle, the Navy SEAL sniper who holds the record for most confirmed kills in American history, was gunned down was heart-wrenching, particularly to those who knew him personally. In the time leading to his death, Kyle had been working on a unique and interesting project called American Gun: A History of the US in Ten Firearms. After his death, Jim DeFelice and William Doyle picked up where Kyle left off and made sure to see the book to its completion, as Kyle would have wanted. I am personally glad they did, as American Gun is a fascinating and thoughtful read.

I have said this for a while: firearms are a part of the American identity. Unlike most other nations, the United States was a nation born through the barrel of a rifle. Chris Kyle believed that as well, and set out to find ten iconic weapons that defined American history, as well as the men who wielded them. The book opens up with a moving foreword from Kyle’s widow, Taya, who declares that Kyle was a man who tended to downplay his intellect, but who possessed much of it, particularly in terms of history and firearms.

He had been shooting firearms since he was a child, and was also enamored with the history of the nation that he spent his life defending in some fashion or another. As soon as I moved past the foreword and launched into the chapter on the first weapon on Kyle’s list, it was apparent that Taya’s assessment of her husband was right on the money. The prose reads with a straightforward tone, absent of pomp or arrogance but abundant in confidence knowledge of the subject matter. It is also lock and step with Kyle’s background as a special operator, a quiet professional who knows his stuff.

The ten weapons that Kyle covers are:

Read Next: Eight Years Ago, THE LEGEND Was Murdered: SEAL Chris Kyle

Rather than bore the casual reader with technical details of each rifle, Kyle gives just enough of a layman’s explanation to each weapon so that said casual reader will understand what’s going on. More interestingly, he finds historical examples of where each weapon was used and how it was a defining moment in American history. The weapons truly do span the breadth of the American legacy, from Revolutionary War marksman Sergeant Timothy Murphy  with his Kentucky rifle, to Abraham Lincoln testing a Spencer Repeater on his private Presidential shooting range, to Theodore Roosevelt taking lessons learned from the Spanish-American War and pushing for the adoption of the Springfield M1903 as the standard battle rifle, to the likes of Baby Face Nelson and Machine Gun Kelly wielding Tommy Guns in their battles against the law, and even to LZ X-Ray with LTC Hal Moore and his soldiers of the 7th Cavalry, going toe-to-toe with the North Vietnamese. Each weapon has at least a couple stories to be told, and Kyle did a fantastic job doing the research and explaining his choices.

Personally, the best story for me in the book was during the section on the M1911. A B-24 pilot by the name of Owen J. Baggett was flying combat sorties in the Pacific theater of World War II. His plane was shot down and he bailed with a parachute. During his descent, Baggett sustained several injuries from enemy fire. One Japanese pilot flew in for a closer look before administering the coup de grace. Baggett played dead, then when the pilot was close enough, he drew his 1911 and fired multiple rounds into the cockpit. The plane veered off and Baggett thought nothing more of it until he was on the ground. Upon capture by the Japanese, Baggett noticed that his captors treated him with a certain deference they did not afford other POWs. When meeting with another POW, it was explained to Baggett that a Japanese pilot had crashed his plane and they had found a .45ACP round buried in the pilot’s head. The fact that an injured pilot parachuting had downed an airplane with his sidearm had earned him instant respect with the Japanese. It’s stories like this which make American Gun such an entertaining and informative read.

The book is not without its flaws. The biggest one that comes to mind is the chapter on the .38 Special Police Revolver. Most of this chapter was spent explaining how the police eventually abandoned their revolvers for the likes of the Glock and how peace officers do not get enough trigger time on the range. I felt more time could have been spent explaining how that particular choice made an impact on American history, or that perhaps another firearm should have been chosen. That is not to say that the stories detailed in that chapter are not interesting or well written, however. It starts off with an attempted presidential assassination and rolls from there.

American Gun is definitely a fitting legacy for Chris Kyle, who was a passionate firearms advocate. It’s written with the authority of a subject matter expert and the straight-talking voice of a warrior. From the onset, Kyle acknowledges that not everybody will agree with his choices, but it is indisputable that the research put into justifying his choices is educational, to say the least. This is definitely a read for history buffs, firearms enthusiasts, and anybody looking to learn a little more about either category. The United States is a nation that was born through the barrel of a gun, and has repeatedly continued to exist through the same. American Gun, simply put, is this nation’s identity summarized through the tools that shaped it. 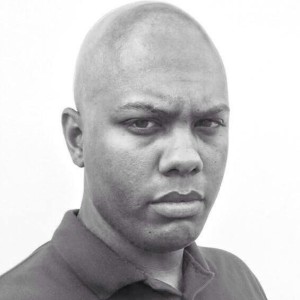 Eight Years Ago, THE LEGEND Was Murdered: SEAL Chris Kyle

Ukraine Warns: Belarus Could be Attacked by Moscow Under ‘False Flag Operation’

Desperate for Soldiers, Russia May Have Recruited 23,000 from Prisons