C-130 Hercules: Jack of All Trades

Today we have the honor of introducing AFSOC pilot 11Sierra to our readers. 11Sierra flies C-130s for a living, and that’s all we’re going to tell you about him. As you probably know, we have a huge interest in planes, pilots and drones, and you’ll see more of that coming from SOFREP in the near future. (Hint – you pilots, aviation mechanics and aviation experts who like to write should hit us up on the Comms Check portal.) – Charlie

If you’ve gotten a ride or jumped out of an airplane with the military, there’s a very good chance it was a C-130 Hercules. Most people can identify the C-130, but few know how extensively it’s been used and in how many capacities. The number of different uses and variants can get very confusing, so here’s a brief, general overview of the C-130.

The C-130 and its many models have been in existence since 1953, which makes it the longest running production military aircraft ever. Air Force Special Operations Command (AFSOC) has used this airplane for many different operations throughout history, and continue its use today.

The newest variant is the C-130J Super Hercules, also referred to as the “J-Model.” It is characterized by six-bladed propellers and an all-glass cockpit. All of the older models are referred to as “legacy” aircraft. The J-model’s performance is significantly upgraded from the legacy’s, which allow the mission to get done faster and more efficiently.

In AFSOC, the Herc is used for a variety of mission sets, all of which are used to support coalition SOF contingents. These include: close air support, infiltration/exfiltration, airdrop, airland, air refueling, intelligence surveillance reconnaissance, and military information support operations.

There are many platforms that span both the J and legacy models. One is the AC-130 gunship. The gunship provides close air support (CAS), air interdiction, and armed reconnaissance to friendly ground forces.

Another variant is the MC-130. They are used mainly for low level air drops, infiltration/exfiltration, and intelligence surveillance and reconnaissance.

A third is the EC-130 Commando Solo which provides military information support operations and civil affairs broadcasts to aid in humanitarian efforts.

Over 70 countries throughout the world utilize the C-130. All in all, the C-130 is one of the toughest, most versatile aircraft out there, and it isn’t going anywhere anytime soon. If you’d like some more detailed information on any of these aircraft please refer to the Air Force fact sheets. 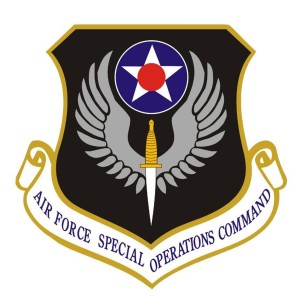 AFSOC Moves Forward With Plans for an MC-130J Seaplane

This Is The Reason Why Soldiers Have Dog Tags