On December 9, 2014, Senator Diane Feinstein released the Senate Intelligence Committee’s report on the use of torture by the CIA following 9/11. Screams for prosecution were loud and directed toward the CIA’s apparent conflict with the Constitution and America’s values. But the timing of this release is suspect: While the predictable resulting media firestorm raged on, another very real issue facing American security and its military operations was entirely ignored. Six high-level terrorists captured through American blood and sacrifice were released from Guantanamo Bay on Sunday, December 7.

In 2002, there were 779 prisoners captured and held at Guantanamo Bay. Today, there are 136 prisoners remaining, and of those, 67 are approved for transfer. The six prisoners released to Uruguay on December 7 are bad guys. All are members of al-Qaeda, the Global Jihad Support Network, or Hamas, trained as jihad fighters, and have a deep hatred for America, Jews, and the West. Their skills range from expertise in document forgery to chemical explosives.

One of those discharged, Syrian terrorist cell leader, Ahmed Adnan Ahjam, has advanced al-Qaeda training in tactics, suicide operations, mortars, AK-47s, pistols, M16s, and rocket-propelled grenades. He is known to have participated in hostilities against the U.S. and Coalition forces. Another of the freed, Tunisian Abdul Bin Mohammed Abis Ourgy, is an expert in chemical bomb-making, and boasted of killing four Marines before his capture. Mohammed Tahanmatan, a Palestinian member of Hamas, is a trained explosives expert captured in Afghanistan as he educated Taliban fighters in the best way to kill Americans. Each of the remaining three freed prisoners were trained in suicide operations, explosives, poison, disguise, Western-style living, document forgery, counterfeiting, and religious doctrines, such as “the right to kill all non-believers.”

The president of Uruguay welcomed the liberated: “We have offered our hospitality to these human beings suffering an atrocious kidnapping in Guantanamo. Our motive, of course, is humanitarian.” The six prisoners released will be treated as refugees, and will be free to leave Uruguay at any time. The United States’ agreement with Uruguay required the emancipated prisoners to be confined to Uruguay for two years. After receiving what he viewed as victims of American cruelty, the president of Uruguay, Jose Mujica, rejected the requirement. Because of the rush to close the Guantanamo facilities and Congress’ unwillingness to allow these enemies of America to be tried on American soil, dangerous combatants are being set free to fight another day.

Only seven GTMO detainees have been convicted by the Military Commission after trial or plea bargain since its opening in 2002. None have received the death penalty, even when convicted of murder. Each hearing required the presence of five armed-forces officers; that number was raised to 12 in cases where the death penalty was sought. A qualified military judge would preside over the hearing, and only two thirds of the commission had to agree in order to convict.

In another country, the crimes that these men committed against the innocent would have sealed their fate quickly; they would never have lived to board the flight to Guantanamo Bay. Americans risked their lives, and some were lost, to catch these now-released enemies. The terrorists were fed and received medical care as dictated for any criminal in detention in the United States. As with all domestic inmates, they had access to lawyers and translators, were free to practice their religious beliefs, and were given days and months in military courtrooms as their crimes were reviewed.

The system has failed. Our eyes and minds are focused on what we have done in the dark shadows of war in the name of America’s security instead of scrutinizing the release of murderers and jihadists, a token of our compassion or a product of political theatrics.

As of today, Abdul Zahir, from Afghanistan, charged with conspiracy, aiding the enemy, and attacking civilians during a 2001 grenade attack which wounded Canadian reporter Kathleen Kenna and killed numerous civilians, remains in custody, but his crimes are dismissed. He awaits transfer. Salim Hamdan, Osama Bin Laden’s former driver, was convicted in 2008 and released the same year to his home country, Yemen.

Khalid Sheikh Mohammed, a Pakistani who grew up in Kuwait, was charged with conspiracy to commit terrorism, attacking civilians, causing serious bodily injury, murder and destruction of property in violation of the laws of war, hijacking, and providing material support for terrorism. These crimes, as well as his alleged role in planning the 9/11 World Trade Center attacks, are recommended for prosecution. These are only a few of the deadliest enemies of our nation who have, or will soon be, released.

The many who have died finding, capturing, and transporting these men to stand trial for their actions against humanity and to yield needed intelligence are numerous, and those in the SOF community lost during these snatch-and-grab missions may never be known. If we wish to honor the more than 8,000 Coalition men and women who gave their lives in the Iraq and Afghanistan conflicts, we need to stop releasing extreme terrorists back into the world for them to continue their destruction.

It is time for those who have taken so much from so many to be tried and punished in the American court system. They should be treated as the criminals they are, and not as soldiers fighting for a country. Their crimes are based on hatred and religious extremism, and have nothing to do with honor on the battlefield. They should never be given the rights of a soldier in a military court. 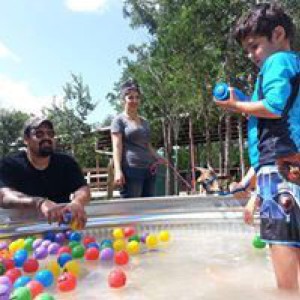 Senate report on CIA torture is one step closer to disappearing