al-Qaeda in the Islamic Maghreb or AQIM for short is one of the newer strains of al-Qaeda operating out of Northern Africa. Up until recent years, this organization was very regional and had no real aspirations of leaving its general area of operations. But with recent attacks against Western targets; this organization is beginning to be taken much more seriously than ever before. 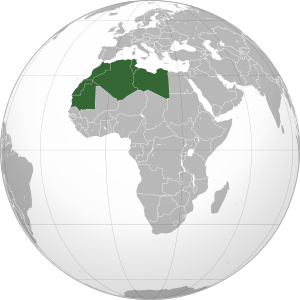 First of all, “Islamic Maghreb” refers to Northwestern Africa. Which includes the following nations: Morocco, Algeria, Libya, Tunisia, Mauritania, and the Western Sahara region. AQIM itself is based out of Mali, a nation in which sees a hefty presence of U.S. special operations and intelligence agency personnel.

Part III of this series was originally supposed to be written many weeks ago but with the recent attack on the U.S. consulate attack in Benghazi I decided to put it off as I was curious to see what our intelligence agencies would have to say about what part AQIM played in the attack, particularly the introduction of new faces. Officially, the attack was the work of Ansar al-Sharia, a militant organization out of Libya. But many sources including General Ham, the previous head of U.S. AFRICOM, himself stated that he believed AQIM had a major presence in planning as well as participating in the Consulate attack.

I’ve added below the faces of the top AQIM leadership I came across in my research. There are many more who have managed to keep their faces out of the spotlight as opposed to some of the other AQ branches.

Africa: the next frontier? An in-depth rundown of prominent terrorist organizations in Africa

What Would Ground Combat and U.S. Involvement in Mali Look Like?

Getting to Know al-Qaeda – Part I: The Head Office

A Captured Kalashnikov Has Become a Status Symbol in Ukraine