Another One Bites the Dust: Iranian IRGC General Allahdadi Killed

This has been a bad month for Iranian General officers in “advisory” roles supporting Syria and Iraq in the ISIS conflict.  Last month, Iranian Qods Force BG Hamid Taghavi was killed in Iraq allegedly by an ISIS sniper.  On 18 January 2015, Iranian IRGC General Mohammad Ali Allahdadi was killed in an airstrike targeting a group of Hizballah members in the vicinity of Quneitra, in the Syrian portion of the Golan Heights.

Six senior officers from the Raduan Force, considered Hizballah’s elite unit or rapid reaction force, were also killed in the airstrike. Three of the Hizballah officers have significant ties within the group and to Iran.

Jihad Mughniyeh was the Hizballah commander of the Golan sector and son of  Imad Mughniyeh, a former Hizballah military and intelligence chief who was assassinated in Damascus in 2008.  After his father’s death, Jihad gained prominence in the group and was notably seen with key figures such as Hassan Nasrallah, the current Hizballah commander, Qassem Soliemani, head of the IRGC Qods Force, and even the Iranian Supreme Leader Ayatollah Khamenei, who apparently tweeted a picture of himself with Mughniyeh.

Mohammad Issa was a senior Hizballah intelligence commander who headed operations in Syria.

Abbas Hijazi took part in many battles against Israel and inside Syria over the previous decade.  His father Kamal was one of Hizballah’s founders along with Imad Mughniyeh.

It remains unclear if the group was hit by a helicopter, as originally reported by Lebanon and Iran, or a pair of unmanned aircraft that crossed from the Israeli side of the border and returned, as reported by members of the United Nations Disengagement Observer Force (UNDOF).  Thus far, Israel is remaining silent on their involvement.

The strike may have targeted a suspected Hizballah project to build a missile base from which to target Israel without launching from Lebanon.  Hizballah denies any offensive action while in Syria, and claims to be there in an advisory role.  Only a few days prior to the airstrike, Nasrallah had threatened Israel with long-range missile strikes if they conducted further strikes on Syrian soil. He also had denied any Hizballah involvement in the Gholan Heights area, although that causes one to wonder why he would need a “Commander of the Gholan sector” or what a convoy of Hizballah senior officers was really doing near Quneitra.  Some reports said they were in the area scouting positions of the al-Nusra Front and the Islamic Front who were operating in the area of Quneitra.

Similarly, Iran is insisting that General Allahdadi was there in an advisory role to the Syrian government.  Notably, he had previously been an Iranian military attache to Syria.  Some sources have reported up to six Iranians were also killed in addition the Hizballah officers; however, Iran has only acknowledged Allahdadi’s death. The Iranian government reports he was killed “defending shrines and the Syrian people”.  This sounds eerily familiar with the claims made about the death of BG Hamid Taghavi in Iraq.  While there are some key Shia shrines in Damascus and Aleppo, there are no significant Shia shrines in the Golan Heights area that would warrant a General Officer’s attention.

General Allahdadi was from Pariz, Sirjan, in Kerman Province, Iran.  Like Taghavi, General Allahdadi was a military hero from the Iran-Iraq war.  He has ties with General Qassem Soleimani back to the early 1980’s when he served in the IRGC’s 41st Sarallah Division which was established under Soleimani’s command.  Apparently, General Allahdadi, by invitation from General Soleimani, joined the Qods Force to fight the “Zionist regime” in Lebanon and Syria only a few years ago.  Apparently, he has been a long time friend and associate of Soleimani.

The body of evidence continues to build which underscores Iran’s deep involvement in supporting Syria and Hizballah’s activities.  Allahdadi was not the first Iranian general to die in Syria on the Golan Border.  Iranian IRGC General Hassan Shateri was killed in February 2013 as he traveled from Syria to Lebanon.

A couple of other Senior Iranian officers have died while involved in the ISIS conflict.  As previously mentioned, Qods Force BG Hamid Taghavi was killed in Iraq allegedly by an ISIS sniper in late December 2014.  Previously, General Jabar Drisawi, a member of Iran’s Basij militia, was killed during fighting near Aleppo, Syria, in October 2014.  Frankly, this has not been a good quarter for Iran.  Losing three Generals in four months in a single conflict cannot be good for morale; although Iran will continue to use these deaths to further fan the flames against the “little satan” (Israel) and the “great satan” (US). 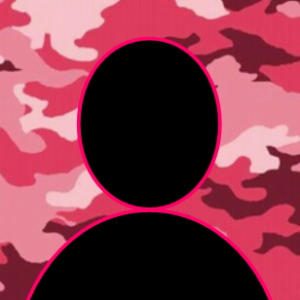