Why Closing the Marine Depots is a Big Mistake

The plot of land where MCRD San Diego lies has been utilized by the Marine Corps to train all west-of-the-Mississippi Marine Corps recruits since 1923. The depot adopted its current name, “Marine Corps Recruit Depot, San Diego” on Jan. 1, 1948.

Similarly, men who enlisted in the Marine Corps east of the Mississippi have called MCRD Parris Island their training home since Oct. 25, 1915. All females who have attended Marine recruit training have done so at Parris Island since Feb. 28, 1949 courtesy of the passage of The Women’s Armed Services Integration Act of 1948. The base’s current name, “Parris Island” was coined on May 3, 1919.

Through many generations, men and women from all walks of life and for many reasons have stood on the iconic yellow footprints at each base. Many new recruits stood there because they had volunteered to serve their country, some in times of peace and others in times of great wars. Others were drafted into the service and quickly found themselves at one of the two bases for recruit training.

Regardless of how or why these men and women arrived, numerous Marine heroes who went on to fight and die started their journey on that hallowed real estate. Countless recruits have been hardened from farmers into warfighters and from city kids into expert killers on that land. Men and women both have started generational military service within their own families on those very bases. Men like my grandfather, who reported to San Diego Recruit Depot in 1952 and lived in Quonset huts similar to those still found on the base today.

Following in Their Footsteps

When I reported to boot camp at MCRD San Diego in February 2000, I was awed to stand on the same ground my grandfather did nearly 50 years prior. When I graduated boot camp some three months later my grandfather was able to attend my graduation. I’ve rarely seen him prouder than I saw him that day. Part of his joy was certainly that he reveled in my accomplishment, but he was also clearly taken back to 1952 and his own young adulthood.

Immediately upon his arrival to MCRD San Diego for my graduation in May 2000, he was transported back to the time in his life before he and my grandmother were married. The time before my mother was born. The time before a disease would begin to ravage his once strong body. Even though I’d been in the base for three months, he walked my family and me around, pointing and showing us some of the different places he still remembered. For him, it was a bygone era, back to when life was simpler; “Show up, put out, graduate as a Marine.” It was awesome.

Read Next: The Pic of the Day: We'll Always Have Parris

As stories flooded his memory, he told us about his last time setting foot on that land. One story I remember in particular was when his Drill Instructors caught one of his platoon-mates smoking a cigarette. After spending three months there, I don’t know if I was more shocked that someone was able to sneak a cigarette in to boot camp or that someone actually tried to smoke it! Either way, the recruit was caught and unsurprisingly the DI’s had a unique punishment lined up for him. He told me the DI’s made the recruit bury the cigarette in a six-foot-deep grave; dug by hand. He said it took the recruit many hours to accomplish the task. Then, in typical DI fashion, they scolded the young recruit for littering on their depot and made him dig it out, fill in the hole and throw it in the trash can. They then made the recruit smoke an entire pack of cigarettes, one after the other; which turned out exactly as you’d think… I don’t believe this would’ve happened quite the same way in my time, but hearing him speak of a bygone era was fascinating to me.

The only other time I saw that spark and pride in my grandfather’s eyes was a few months later when my commanding officer allowed him to pin my new Lance Corporal chevrons onto my PT shirt after a moto-run. My grandfather stood with his hands respectfully behind his back as the commanding officer read the promotion order. I was filled with pride. I still have a photo commemorating that day, and it was one of the photos we displayed at my grandfather’s funeral in 2018. He was such a proud Marine.

And I am but one. One person in one family with one story. One person whose life was forever changed on those yellow footprints. One person who could follow exactly in my family’s footsteps and attend MCRD San Diego. There are no doubt tens of thousands like me. For me, if the yellow footprints at MCRD San Diego had ceased to exist, I’d have had no opportunity to stand in my grandfather’s footsteps. Neither would I have had the opportunity to see the same pure joy he had on my graduation day.

Another key issue to consider regarding closing the bases is the negative economic impact their surrounding areas will no doubt experience. Parris Island is located in the “Low Country” of South Carolina, within the county limits of Beaufort, S.C. Beaufort is a military town to its core and the majority of its businesses thrive because of the Marines and Sailors stationed at Parris Island.

An economic survey completed in 2017 by Dr. Joseph C. Von Nessen, makes it quickly and abundantly clear that Parris Island is integral to the surrounding community’s economy. Dr. Von Nessen found that $739.8 million of local economic activity is attributed to MCRD Parris Island. Additionally, the base adds $344.3 million — both directly and indirectly — in labor income to the local economy. The base also employs more than 6,000 people on average, who perform every job from fast food restaurant worker to drill instructor to base historian.

To put those numbers in some perspective, the economical bump Parris Island provides its local community is roughly the equivalent of the annual GDP of the country of Monaco.

With the obvious impact the base has on the surrounding community, it isn’t a stretch to see how economically painful the departure of the base and its personnel would be. Hundreds, perhaps thousands, would lose their jobs and roughly one billion dollars would cease to flow through the local economy each year. Small business owners, like the family who own my favorite Mexican restaurant in Beaufort, would almost certainly find themselves on hard times without the constant flow of Marines and Sailors through their doors. Additionally, the local grocery stores, shopping plazas, and chain restaurants would likely collapse because they’d be far too large and overstaffed for the small community with the depot gone.

Akin to Parris Island, San Diego Recruit Depot also has a large economic impact on the surrounding city. While MCRD San Diego is a small fish in a much bigger pond, the negative financial impact of not having a recruit training base would surely be felt. According to the Recruit Parents website, “MCRD’s economic impact on San Diego amounts to more than $509 million each year.” The website goes on to say that, “MCRD San Diego is one of the largest employers in San Diego County.” The site states that on average, MCRD employs more than 900 civilian employees, more than 1,100 Marines, over 100 Sailors, and more than 200 Coast Guardsmen.

Parris Island is More than Just Dollars and Cents

Beyond economic considerations, Parris Island is woven into the very fabric of the community — and the community into Parris Island. Many of the people who live close to the depot were either stationed there or had family stationed there sometime in the last 105 years. Many current residents simply fell in love with the area and never left. I also have a fond, personal memory of the depot. Despite graduating boot camp in San Diego, I was stationed at Parris Island for the remainder of my four years of Active Duty. Parris Island is where I met my wife. (No, she wasn’t a Marine, she was a Marine’s sister. That’s a funny story for another article…). Suffice it to say, I have a strong bond to each of these two bases.

But even if we leave out the personal anecdotes and the economic arguments questions still linger: Will the Marine Corps itself be better off if they close the Depots?

If a change in venue can make our next generation of Marines tougher, smarter, better-equipped to fight an ever-changing enemy, then I’m all in. If the goal is to appease a radical political ideology or to bolster someone’s resume for their next career at the expense of the Marine Corps and its warriors, count me out. Will moving the bases or making a coed recruit training command make new Marines better warfighters than they currently are? Better killers? More intelligent? Better disciplined? More lethal? Or, does it simply make them more politically correct? More in-line with current politics? More “woke?”

The one clear truth I found when examining these bases is that they each have a storied past. What is also inarguable is that the training provided at each base is effective, and has been proven so through more than 100 years of combat. What still isn’t clear is the full reason behind the potential change of location, the desire to co-mingle genders in recruit training, and the need for the drastic change of Marine Corps tradition.

Finally, just because we can relocate them, should we?

Like it or not, Recruit Depots exist for a single reason; and it has nothing to do with politics, outside culture, or appeasing small factions of society. In truth, they don’t exist to simply enrich the surrounding communities either. Recruit Depots exist to train motivated, unbreakable warfighters. Anything that detracts from that mission will lead to ultimate mission failure.

“Train like the best, or die with the rest” was a mantra we lived by in boot camp. If any change in training doesn’t make the new recruits better, it is an unworthy and dangerous change. For the sake of future Marines and for our country’s ongoing safety and superiority, I hope the Marine Corps leaders will choose wisely. 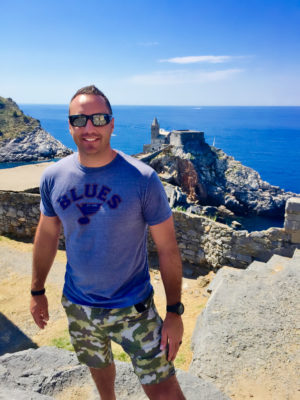 The Pic of the Day: We'll Always Have Parris

The Pic of the Day: Leatherneck Takedown

The Army Rangers | The Complete Guide

Fill out my online form.