My Military Hazing: Part One

“Reservoir Dogs,” ever seen that movie? In an unforgettable and brutal scene, Michael Madsen who plays bad guy character, Mr. Blonde, dishes out torture on a cop who’s held hostage and tied to a chair.

Before his sadistic butchery commences, Mr. Blonde kicks off the assault with psychological warfare. Feel-good music creates an eerie vibe and sets the stage, hinting at the violence soon to come. The vocals of, Stealers Wheel, gently ring out in their classic 1970’s rock song “Stuck In The Middle With You.” Now playing in full swing, the melody haunts the background.

“Clowns to left of me, jokers to the right, here I am, stuck in the middle with you.”

With a straight razor in his hand, Mr. Blonde dances to the beat, shuffling and spinning in front of the bloody police officer. The cop moans in a chilling plead for mercy, bound and gagged with duct tape. Thoroughly enjoying the moment, Mr. Blonde continues to dance and deliberately taunts his victim by holding out the razor.

The evil dance stops while the music plays on… Then Madsen’s sociopathic character moves in and unleashes an attack. Mr. Blonde clutches the cop’s face and introduces the razor to his prey’s flesh. Going to work, Mr. Blonde cuts while barking an order at the struggling officer.

“Hold still. Hold still, you fuck,” he commands serenely while slicing off the lawman’s right ear.

The next torture method Mr. Blonde employs on screen is even rawer. You squirm watching the policeman being doused in gasoline, remembering what petrol feels like inside an open cut on your hand, much less poured over the wound of a freshly sawed off ear.

A favorite movie in our unit, I knew Reservoir Dogs well. The torture scene is arguably the most-memorable clip. However, after one fateful day, the song “Stuck In The Middle With You” was forever branded into my amygdala.

I followed the strict orders given to me by my superiors in the days leading up to the pinning ceremony. “Doc, don’t let me catch you wearing your jewelry before you get pinned!” referring to my combat dive bubble. Graduating from the school had not earned me the right to wear it, not yet.

The day had arrived, and five individual “pinnings” soon commenced. A private affair for each of us, and after hearing my name called, my heart jumped. “Get your ass in here, Doc Lee!”

With their time soon to come, the other four held back and waited outside. I was up and walked toward the threshold; this burden was mine to bear alone. Butterflies churned in my stomach entering the room. Before the door shut behind me, I heard the radio blaring a familiar song…

“Clowns to left of me, jokers to the right, here I am, stuck in the middle with you.”

I am not sure of the exact number of Recon Marines occupying the room on that day, maybe somewhere around fifteen. The energy inside that chamber is something I will never forget. Beer flowed as freely as the taunts directed at me. “It’s your ass today, Doc!”

The familiar faces around me now appeared as rabid Olympic athlete versions of Mr. Blonde. Like the song, I was stuck in the middle, listening to it as my mind raced, watching.

Read Next: Atomic Blonde: Grab a stoli on ice and enjoy

No backing out now.

Two Marines pushed me against the wall. With my back flat to the hard, wood, I nervously stood at parade rest and waited. Feeling naked, a thin veil of fruit of the loom cotton offered me my only protection. Stenciled on the white t-shirt draping my body, the name, LEE, sat dead center of my chest. A Marine SGT arrived, inches from my face, holding a black sharpie.

The unmistakable smell of the marker filled my nose as he carefully began writing something on my shirt. Creatively penned in an act of psychological warfare, it would be the last gentle contact I would receive for the next half hour or so…

After looking down, I realized what the SGT had scribed on my white t-shirt in black ink. Clever and funny, like the song, two letters were added to my last name: B-at the beginning and on the end-D.

Honoring the tradition and my newly given nickname, I soon became BLEED.

Marines slapped and punched the insignia on my chest, driving its metal spikes into my flesh. Along with fists, Marines used several items to slam the barbs deeper into my skin, including a fire extinguisher.

Agony burned through my body and ignited my survival instincts to fight back. Defiantly slamming the back of my head against the wall, I shouted at my brothers, “Come on, you pussies!”

They obliged and continued making me bleed. As I look back on the ceremony, it was not intelligent of me to egg on my Marines, spurring their further wrath. In truth, and nearing the end of it, I wanted to crawl away and escape the searing torment. Coming face to face with the coward inside me and crumpling in a ball more than once, I gutted out the ordeal, nonetheless. On the edge of passing out, and after they lifted me off the floor a few times, the final act came.

Once again, the SGT that wrote BLEED arrived inches from my face. There was no sharpie in his hand this time. No, this time he had something more drastic mind. Using his fingers, he grabbed the metal trinket on my chest and pinched my skin by rolling it all together. As if he were eating a sandwich, he stuffed my skin and diver insignia between his teeth, biting down hard.

I yelled with my palms gripping the SGT’s head. Wanting to break free, and whether an imaginary concern or not, I was unwilling to pry away for fear of losing some of my flesh. His bite was like a vice grip. I continued screaming in pain; holding on by my fingernails while I looked down and witnessed small drops of blood in the corner of his mouth.

After his bite had relinquished, the SGT squared up and shook my hand as if he were a playful vampire. “Good job, Doc,” the Marine affirmed slapping my shoulder.

The dive badge embedded so far into my skin that pulling my shirt out almost a foot would not dislodge the spikes. That little bastard was good and stuck.

As the saying goes, and after that day, “I got the t-shirt.” Although in reality, I earned two shirts when the ceremony had ended. The symbolic I count as the most important, represented by bloodstains the size of a small dinner plate on my physical shirt. With a sense of pride, I hold that day close and dear to my heart.

Part 2 of this article will focus on the much-maligned opinions of civilians and many “regular” military personnel regarding “hazing” and particular ceremonies like the one described above. Also, I’ll discuss the merits and pitfalls of such rituals, including the dangers, and whether there are positive psychology affects. With respect to these frequently scorned, “behind closed door traditions,” the disparities between Spec Ops and the “regular” military and how they play a role between varying units, the good, the bad, and the ugly will also be a topic. 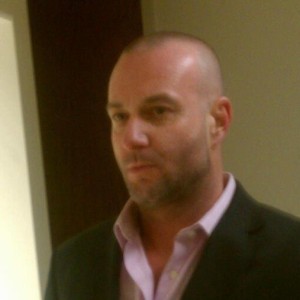 Atomic Blonde: Grab a stoli on ice and enjoy

On this day in history: Margaret Hassan is kidnapped in Baghdad

Cop that hid outside during Parkland school shooting did nothing wrong, federal judge rules