Imagine having a child with a life changing illness. Imagine living with the thoughts your child my never fulfill his or her dreams and aspirations. Imagine tomorrow, your child is no longer with you.

Serving in combat and being around the children made an incredible impact on me. Seeing their smiles, their eyes of curiosity, and their innocence was more than touching. In many ways, being around them made me realize why I was actually fighting—I was doing it for them and their future.

Some children have bleak futures. War, poverty, and illnesses often take the lives of the innocent too quickly. But for whatever reason, I still feel obligated to assist those I can. And this May, an opportunity has presented itself to give back at least one more time to help a child in need.

A young boy named Michael Bergstrom suffers from Progressive Mitochondrial Disease. This is a disease that eventually will lead to a premature death. Michael has this disease but that shouldn’t stop him from becoming a special operator for at least one day.

“Mitochondrial Disease is a progressive disorder in which the cells of the body do not make enough energy to sustain bodily functions. Mitochondria are found in every cell of the body except red blood cells and are responsible for creating more than 90% of the energy the body needs to sustain life and promote growth. When the mitochondria do not work properly, less and less energy is generated and cell injury and death are the end result.”

Michael always wanted to serve in the US Armed Forces. He wanted to serve honorably just like his real heroes do day in and day out. Through the Make-A-Wish Foundation, they are hoping to see such an opportunity come to life.

The folks at MACV Airsoft Vermont will be hosting, in coordination with Make-A-Wish Foundation, a weekend long event for Michael ensuring his dreams come true to serve honorably in uniform. The event will be held May 4-5 in Vermont.

MACV Airsoft, formerly GMSOG, is the premier airsoft field in New England. Situated on varied terrain in Middlesex, VT, MACV Airsoft is able to simulate many styles of airsoft operations to include MILSIM, historically accurate reenactments, and much, much more.

As a father of two who has left my children on several occasions to perform duties abroad, I couldn’t imagine what life must be like for this family. Obviously everyone won’t be able to participate for their own personal and professional reasons and its completely understood. I live about 8 hours away but still plan on attending and would love for those who can, join me.

If you are a former US government operator who worked intelligence, Special Operations, or served in combat and have the means, Michael would be overly joyed knowing he had just one or two days to serve alongside you.

To learn more about this event, I respectfully ask you go to AirsoftVT.com. If interested, you can register for the event through their website. 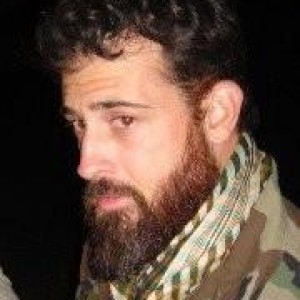 Communicating With Your Mysterious Superconscious to Change Your Life

Human trafficking: The overlooked issue striking close to home and the heroes trying to end it

No Time-Outs: How Do We Handle Teenage ISIS Wannabes?

Pedophiles among us stand up and be counted

Be prepared: How to survive a fire