SOFREP reporting from Ukraine: The war heats up

On February 2nd, the war in Ukraine turned up a few notches. It would seem that the once frozen war is escalating back to the old days. With major shelling in Avdiivka and shelling near the port town of Mariupol. The Russian-backed rebels have some fire in their loins, and some people here in Kiev think this is down to the President Trump’s relationship with President Putin.

I was here in Kiev when Avdiivka was shelled heavily, I spoke with members of the Azov regiment, a unit I have worked with in the past. They have been active in and around Mariupol since day one. I asked them how do they feel about the renewed fighting? The answer was simple.

AZOV: “What renewed fighting? The fight has never stopped here.”

Jay: “What about the use of more heavy artillery like GRADs (multiple launch rocket system) which have not been seen this since 2014 /early 2015?”

AZOV: “They did stop using GRADs, but they have continued to use 120mm mortars and 105mm light guns… no one cares.”

Jay: “The fighting has stepped up though you must see that?”

Jay: “Some units along the frontlines, are they ready? There have been reports that they lack training, I have in the past with you guys seen just how shocking the Ukrainian army is. Do you think they are ready?”

AZOV: “A lot of guys in the Army do not want to be there, they were drafted in. Only a small amount of them are good soldiers, we ask all the time if we can work with them. They say yes, of course, they are more than happy to have the extra manpower.”

The Ukrainian army is stretched along the frontlines, with only a handful of guys holding some positions. Regiments like Azov & Right Sector come and assist to help man these often key positions. But also small teams within these units who are well-trained will work with the army anywhere across the frontlines. They conduct key tasks like Recon work, De-mining and assaulting while the army holds the static positions. From what I can gather here in Kiev, it would seem the Ukrainians are not ready for some big offensive attack right now. While they have the manpower, it has always been the case that they lack any real training and the leadership is often untested. I do not think it would be that hard for the rebels to push the Ukrainian army out of Avdiivka, but they must learn quickly from the past. If they lose this position, they will not take it back! There is also a renewed sense of the war here in Kiev, last year it was like they forgot about the war, a happy vibe buzzed through Kiev. In the few short days, I have been here and there have been two funerals in the center and rallies of soldiers reminding Kiev that the war goes on and Ukraine continues to lose men on a daily basis.

A quick look at what’s been happening here in the last few days; Avdiivka is under daily attacks from artillery fire:

Ukrainian Army members who died in the shelling of Avdiivka: 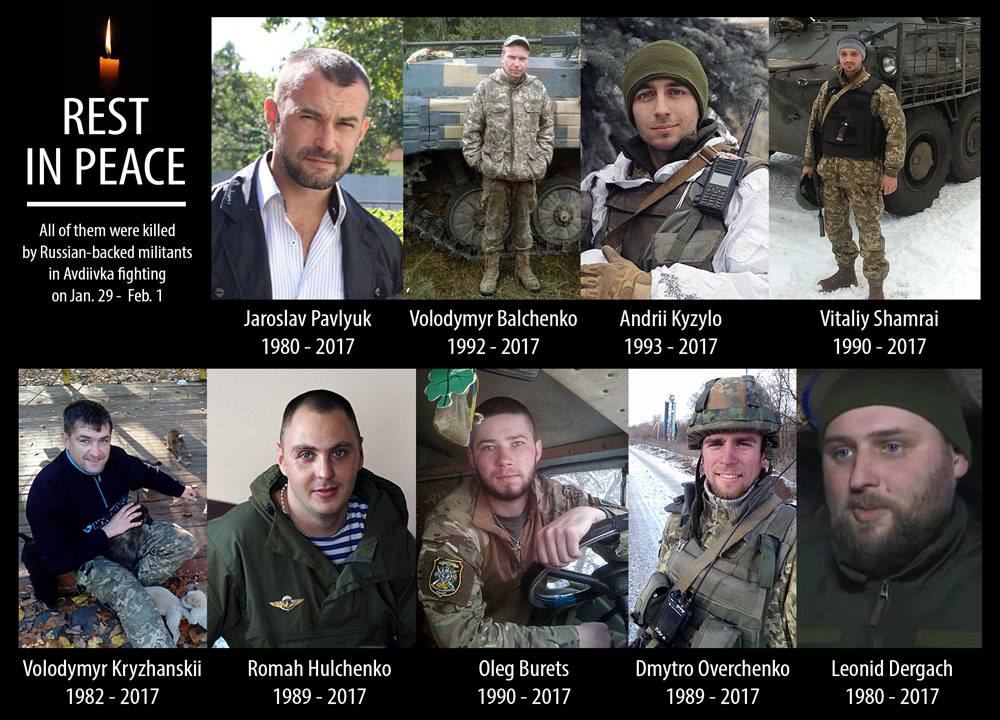 1.Blackout in eastern Mariupol and the Sartana village.

2.GRADs fall on the outskirts of Mariupol in the villages of Sartana & Votochny

As of the 3rd February up to 115 attacks across the Donbas region on Ukrainian positions.

On the 4th February One of LNR (the self-proclaimed Russian-backed state of Luhansk People’s Republic) commanders, Oleg Anashenko was killed in a car explosion in Luhansk. The LNR are blaming an unnamed Saboteur group from the Ukraine army.

All in all, things are heating up. The feeling here in Kiev is they know something is about to happen, the question is when. I will be heading down to the frontline. Which part I will find myself at, I am not sure; but i will do my best to keep you guys posted.

Rumors of Surrender False: Ukrainian Marines Fighting to the End for Mariupol