SOFREP Takes Over Sirius XM on Friday for The Wilkow Majority

We’re bringing the heat with all our guests coming on:

Edmond Pope – Former Naval Intelligence Officer, private contractor, and author of Torpedoed.  Torpedoed tells Edmond’s true story of imprisonment in Russia after being accused of spying on behalf of the United States in Russia.

Jeff Reyes – Army Combat Vet and producer/director currently working with Zulu 7 Media, an up and coming film and TV production company focused on “Militainment” as they put it.

Gregory Bishop & Geoff Stults – From the hilarious military comedy on Fox, Enlisted.  Bishop is a former Army Lieutenant Colonel who works as a military consultant on the show.  Stults plays the starring role of Sgt. Pete Hill .

Mark Slaughter – Frontman for Slaughter, known for their Top 40 charting Billboard hits “Fly to the Angels”, “Up All Night”, and “Spend My Life”.  Mark’s newest solo single is Never Givin Up, which a portion of the proceeds go to The Red Circle Foundation, so make sure you buy it on iTunes or Amazon.com and show your support!

…And of course the lineup couldn’t be complete without SOFREP Editor Brandon Webb who will be making a guest appearance. 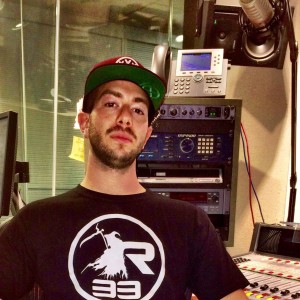 Behind The Scenes With SOFREP’s Weekly Podcast

Will Rodriguez on The Wilkow Majority