Editor’s note:  For those of you who don’t know, Dr. Bob Adams is something of a legend in the Special Operations community.  A graduate of the Naval Academy and then BUDs and becoming a Navy SEAL.  Then, off to medical school to become a physician as a civilian again.  We’re not done yet.  Then Bob joined the Army as a doctor and became the Delta Force Command Surgeon.  He retired as a Colonel in the Army.  This means he was an officer in both the Army and the Navy. Imagine what the uniform looked like for a moment.  Army BDUs with a Colonel’s rank on one collar and the Medical Corps device on the other.  82nd Airborne patch on the Left shoulder, Navy SEAL Trident on the left breast below Army Flight Surgeon Wings.

What follows are excerpts of Bob’s book, “Swords and Saints”

“He was alive with multiple gunshot wounds, a right arm partial amputation…”

I slept in the on-call room dressed in my dirty uniform and covered with a light blanket to keep the sandflies from munching on me all night.  It was 2 AM.

“Sir, there’s a call for you from headquarters about a casualty coming in,” stated the wide-awake medic.  I shook the cobwebs away and moved to the one clinic field phone.

“Doctor Adams. This is not a secure line,” I answered.

The news was disconcerting.  Because of rare rain in the desert, helicopters were grounded.  An Iraqi combatant had tried to drive his bomb-loaded truck past the Division headquarters gate two hours away.  American bullets riddled him and his truck, but the truck did not detonate.  He was alive with multiple gunshot wounds, a right arm partial amputation with a tourniquet in place, and was coming to our location by ground ambulance.
We were not a surgery center.  That was located a long three hours away by ambulance.  Our job was to do an ambulance transfer.  We would need to stabilize him for the follow-on trip.  The ambulance bringing him to us would return to headquarters following regulations that did not allow it to make the more extended trip. I called for one other doctor and two medics from our barracks a mile away.  What arrived were all three animated doctors and more medics.  The headquarters ambulance arrived forty-five minutes later in a light drizzle.

“Bring him here please,” directed Doctor Conlan, who now oversaw triage.  The medics carried the stretcher to our mobile stand in the Immediate room and placed the stretcher down.  The patient moaned.
“He has a ninety percent right arm partial amputation with a tourniquet in place and holding,” Mary began for all to hear.

“There are three bullet wounds in the chest and abdomen, and only one exit wound in the back near the right buttocks,” she continued as the exam progressed.

“There’s an old subclavian central line, and a left femoral IV in place.  Neither one is functioning, and IV fluid is not running in,” she continued.  He moaned again as she rolled him flat.

“Has he been given any pain meds?” she asked the medic with the transfer paperwork.

“He was given ten milligrams of morphine a little over two hours ago in Ramadi,” he replied.

“OK,” she said and glanced over at me.  “Let’s give him ten more of morphine now,” she stated with a question in her eyes.  I nodded.

“Give it in his buttock, please.  His IV isn’t working, and we need IV access,” she directed.

“I can’t see or feel the veins to get a needle in.  He has lost too much blood,”

The medic was trying to start a new IV line.  He replied he could not find a vein or much of a pulse.
“Doctor Dobson.  Time for your magic, please.  If you can get an IV in a newborn baby’s scalp, you should be able to get an IV started somewhere,” I stated encouragingly.  He was a pediatrician.
He moved his athletic five-foot nine-inch frame to the table and reached for a small 23-gauge butterfly needle.  He stretched out the long, small-bore, transparent tubing attached and went to work.  After a few attempts at the left arm and both feet, he claimed defeat.

“I can’t see or feel the veins to get a needle in.  He has lost too much blood,” he stated with concern.

Read Next: DELTA Force Doc – Can You Save The Hand?

I had been going through the ATLS (Advanced Trauma Life Support) course in my head and decided to try something I had only done on animal patients before.

“Go to the call room please, and bring me the ATLS manual, on the first shelf next to the bed,” I requested to the medic nearest me.

“We are going to try a venous ankle cut-down.”

I found the page I needed, opened the book, and placed it between the legs of our patient.  “There’s a large foot vein that runs behind the medial ankle bone.”  I began to instruct as I went.
“I will make a cut in the skin here, above the medial malleolus, and dissect down until we find the large saphenous vein.” I made the cut precisely, and the patient moaned again.  The medic dabbed away a small amount of blood and redirected the surgical light to the wound area.

“Look.  There it is,” I pointed with the scalpel.  “It’s right next to a small nerve.  I am going to lift it up so you can get a suture under it,” I directed.  The medic helped in awe.

We ran the suture under the pale vein, and I made a small nick in the surface of the vein.  This allowed us to thread a large-bore IV catheter into the vein.  I tied it in place with the sutures, rolled the skin back in place, and reached for the IV bag control device.  It started to flow rapidly, and the room erupted in applause.  I received high fives from Doctor Dobson and my medic.

“Wow.  That was the first time I’ve done that on a human,” I noted, pretty proud of myself.

“Let’s use this access to give him ten more milligrams of morphine and get him into our ambulance. We need a medic to go on the transfer,” I finished.

“doctors do not go on ambulance transfers.  It is too risky.”

Ten minutes later, Doctor Dobson was in the ambulance with the young medic showing him how to draw up the correct dose of morphine from a larger vial.  The medic was concentrating.
“OK, Doc, come on out.  We need to get the show going.  They’ve got a three-hour ride ahead, through bad guy country,” I stated.  The only light was from the red glow inside the ambulance. Darkness surrounded us. He and I both knew regulations stated that doctors do not go on ambulance transfers.  It is too risky.  Doctors were in short supply, so it was the medic’s job.

“Sir, I need to go,” he stated with a pleading expression.

“Craig, you know the rules. I need you here,” I stated sympathetically.

He repeated it with a concerned emphasis that got my attention.  “Sir, I need to go.”  I thought about it and knew he and I would both be taking a risk if I let him do this.
I made a command decision based on permission from our battalion commander that allowed us to go with our gut feelings.  He was not telling me something.

“OK, Craig, you can go.  But you get the first helo back here in the morning.  Promise?”

“Yes, sir,” he replied with relief in his voice.  His dark brown eyes were steady and determined as he returned to the task of keeping the patient alive.

He returned the next morning by hitching a 3.5-hour ride back on the returning Division armed convoy.
>He came to report in and thank me for letting him go.

“Welcome back.  What was that all about last night?  You put me in a tough spot.”

“Bob, that medic you sent with me was scared to death.  I could not get him to understand simple instructions about giving the pain meds.  I was almost sure our patient would die during the trip, and I did not want that on his conscience.  His death needed to be my responsibility alone.”

I was taken aback by this.  His risky request and my rule-breaking decision had happened because he wanted to protect the future psychologic health of our medic.
I regret to this day that I did not put him in for a medal for his act of compassion and heroism.  I did make sure, years later, that he knew of my deep respect for his character and the decision he made that night.

Commentary:  (Everyone in the room was angry at the man who had tried to kill our fellow teammates.  We did not care about his pain as much as we would if it had been one of our own.  But there was no question in anyone’s mind that our primary responsibility was to save lives.  There was a common understanding that this casualty had wanted to die to take as many of his enemy with him as he could.)

We wanted to let him live.

That was what they trained us for, and that was what we did. We hoped that one day his children might live in a peaceful world.

Dobson added the following after reading this chapter.

“The route of the convoy was an interesting detail. Fallujah was in enemy hands. It was not taken until April 2004. We went to our battalion commander and explained that the casualty wouldn’t survive the 3.5-hour route around Fallujah, but if we used the black (off-limits) route of the highway through town, it would cut the time to less than an hour. The decision was made to take the faster route because in the horrible weather (sand/rainstorm) and at night, the enemy would never suspect a U.S. convoy blowing through town.
The convoy commander came to me and asked, Doc, how fast can we drive with your casualty?
Fast as hell, Sergeant. Just don’t wreck.”
They did precisely that, and the patient lived. My hero!

This is a chapter from my book Swords and Saints A Doctor’s Journey.

Share This:
About Dr. Bob Adams View All Posts 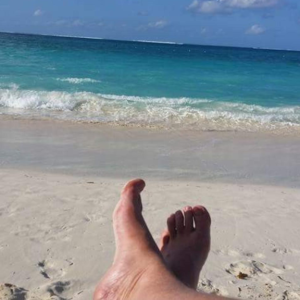 DELTA Force Doc – Can You Save The Hand?

‘I Married You For Your Potential’: Swords And Saints, by Dr Bob Adams

Delta Force Surgeon: ‘I Was A Father First, Just Trying To Save My Son’

‘You Are My 500th Vasectomy’ And How Mistakes Teach Us Things

This Week on SOFREP: A Delta Operator Found Dead, Russian Mercenaries, and Coordinated Attacks in Mali

Understanding the Pistol Brace Rule, While Vets File a Petition Against Biden’s Administration