The Real Issue With Not Labeling ISIS “Radical Islamic Terrorism”

As many keep talking about the label of “Radical Islamic Terrorism,” I will tell you the reason why ISIS needs to be labeled what it is.

I don’t believe that the real issues are being laid out. I feel that, by not calling this issue Radical Islamic Terrorism, we’re actually hurting the majority of the Muslims who view this ethos as negatively as I do. By not calling a spade a spade, we are not clearly separating the two, which is causing them to be dragged into the same bucket as ISIS.

Look, no one is being fooled anymore if the administration calls the Ft. Hood attacks “workplace violence,” or if they say that the Boston bombing was done by a “lone wolf.” People know that’s bullshit, and until it’s labeled as Radical Islamic Terrorism the world will continue to hold innocent Muslims generally responsible. In my opinion, this is completely wrong, especially because so many Muslims around the world live with this problem in their own backyard and face it 100 times worse than we could imagine.

I’m a Christian and an American. I have seen these people first-hand, willing to give their lives for me just as I was for them. Many of these Muslims have fought next to Americans, from the sands of Iraq to the Mountains of Afghanistan, and they were just as close to me as the Americans with whom I served alongside in combat. They were my brothers and they shared the same hatred for the enemy as I did.

Leaving a label off of the actions taken by these horrible extremists in the name of Islam is about as accurate as Christianity being represented by Jim Jones of Jonestown or the KKK.

Don’t let the lack of leadership from the administration deter the truth and cause more problems than needed. I know the nation can’t “stomach” another war. Many think it’s not our part. That’s so far from the truth, and by pushing this problem off and trying to turn our heads we are doing nothing more than prolonging the inevitable.

Radical Islamic Terrorism is a cancer and the cancer cannot be ignored. Say what you want, but quote me right here: When they show up, they won’t care how much money we have, if we’re Republicans or Democrats, for war or against it, how nice our house’s are or who we know.

They will stop at nothing to make us suffer. There will be no reasoning or negotiating, it won’t matter who is right or who is wrong, all that will matter is who’s left. So be careful when you decide what you can and cannot stomach.

Honestly, the real reason the administration won’t label ISIS as Radical Islamic Terrorism is because they aren’t ready to do anything about it. 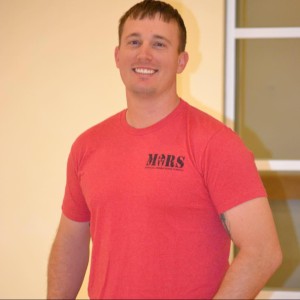 News Roundup Special: The Orlando attacks and America’s head in the sand

Former Green Beret: Muslims Are Not Our Enemy

Domestic Terrorism: Coming To A Neighborhood Near You