Women and the Marine Corps

The decision regarding women in combat arms occupational specialties has been made. It’s happening. Why not embrace it? Let’s make the Marine Corps stronger by efficiently employing the benefits that women bring to the table instead of fighting the issue.

Women are capable of serving in combat, they are physically and mentally resilient enough to sustain prolonged misery, and from personal experience, they have the same desire to serve. Women want to be treated equally, so let’s start applying all the rules and requirements without preference.

But first, a bit of why we have been so distracted.

Emotional advocates from the left and right cloud the whole debate. Some religions dictate roles for men and women and extremists extend these arguments to bolster their cultural beliefs. Human rights advocates scream bloody murder when women are not allowed the opportunity to pee standing up.

But let’s get down to the real issue: every decision must sustain or increase military readiness and capability. The enemy is not concerned with equal treatment and individual rights and therefore combat requirements do not care either. We exist to support and defend the constitution, not for personal careers, monetary gain, or to seek fun and exciting missions.

I’ve heard many arguments for and against women in combat arms roles. Most of them boil down to two opposing viewpoints. The first goes something like this: for true equality and career mobility, women must serve in combat units. This selfish argument advocates for women in combat arms specialties primarily for career advancement and gender equality, not to strengthen the military. Allowing women in these roles might strengthen the military, but that has not been proven; we dove in without testing the waters.

The opposing view claims women are incapable of doing what men can. This flippant argument generalizes woman as incapable of the tough lifestyle or the harsh requirements – something that thousands of women have proven wrong in the last ten years. This video shows the Female Engagement Team that was attached to my platoon on occasion in Afghanistan. They lived, patrolled, and stood guard with us for days at a time – in the same austere environment in which we lived.

Strength and Readiness of the Corps, Not Personal Gain

This is a highly contentious debate that is drawn largely on generational, geographic, and political party lines. The debate is about perception, and for me – though the issue of women’s rights is important – nothing compares to having a military that is increasingly stronger and more ready. Not women’s rights or personal career advancement. Why? Because our enemies do not care about those issues. They care about killing me and my Marines. The military is for those that are selfless, humble, and ruthlessly determined to kill the enemy if it comes down to that. Unfortunately, there are many in the military that only care about their careers and whether their lack of combat unit command time prevents them from advancing to the highest levels of power.

Is the strength of our combat units enhanced by adding women to their ranks, and do women have the ability to accomplish the same requirements that their male counterparts are expected to achieve? These two questions should be answered by data alone. Opinions do not matter here.

Proof that women can execute the same lifestyle and situations should decide how women are utilized in the military – not the desire for women to reach the highest echelons of military leadership. The military is not about someone’s career: it is about winning wars. The Marine Corps must maintain its ability to fight on land and from the sea the same way that our forefathers in Tun Tavern did over two hundred years ago. I am confident that the Marine Corps will make the decisions that encourage this tradition.

Just last year, women were first allowed into the difficult Infantry Officer’s Course (IOC). This intense three-month program succeeds a Marine Officer’s six-month basic training, where every officer is taught basic infantry skills. Just as “every Marine a rifleman,” so every officer is a provisional rifle platoon commander.

I am glad to see women go through IOC because it generates data. The course is built to push limits and simulate how bad circumstances can become. No one should experience absolute exhaustion for the first time in combat. I would imagine the data being gathered includes how well the women perform compared to their male counterparts, the dropout rates of both, the injury rates and other similar metrics.

Research data is only statistically significant though if there are enough participants. The one or two women that currently volunteer per course are not enough. To date, several women have enrolled and have either been injured or disqualified, along with other male counterparts. Many more women need to go through the training. This will not only give better data, but it will also give women more chances to experience what the Marine Corps does at its very core: infantry.

Uncertainty and Risk Associated with Women in Combat Arms Roles

What can help us answer the question of combat effectiveness and readiness better than actual research of women who want the opportunity? Sure, women have integrated with infantry battalions, logistics convoys, and mentoring teams for a decade, but they did not replace men who carried heavy loads over a long distance to fight and return the same way. Data allows us to validate the risk involved with changing a system that has worked for hundreds of years.

Uncertainty and risk. These are at the heart of so many industries, ventures, and wars throughout history. Does the uncertainty of winning and the risk of loss overcome the benefits of the action? Uncertainty can be measured by our ability to predict the future. Risk is measured in the potentially negative outcomes of an action or decision. The decision at hand is: “does integrating women into traditional combat roles affect combat effectiveness and readiness, and if so, how?”

Read Next: The First Black Female Marine Set to be a 2-Star General

Nothing is more important than the answer to “how” these are affected. We can further this dialogue by gathering data on how women perform during training, and by analyzing after action reports about their performance in combat for the last decade. Ultimately the decision must be made both quantitatively and qualitatively. According to General Amos, the Marine Corps will not integrate women into combat roles unless 1) there are sufficient numbers of women to make it worth the effort, and 2) until we have considered the impact on the Marine Corps’ warfighting capability.

Now we get to the meat of the issue: the fact that combat has requirements. If this is true –  and it is – then it only makes sense that all candidates have the same training requisites.

Combat is not forgiving. I have had male Marines that were physically or mentally unable to accomplish a task due to extreme exhaustion or from being overwhelmed, but they kept going anyway. Combat is the same for everyone. Either you can kill the other person or you or a buddy dies instead. That’s it.

Therefore, if a woman has every opportunity that a man has, should she also have every requirement. Period. And that is exactly what the Marine Corps is in the midst of defining. Combat has physical, mental, and emotional requirements. Men are not superior to women, but each of us has different skills and abilities that we bring to the team.

We should realize that the role of women in the Marine Corps is something that cannot be decided by data alone. There are several serious questions that need to be answered, and probably can only be answered within the context of a larger cultural perspective. When male Marines are given their military occupational specialty (i.e. their job), they cannot protest this assignment. Should women be given the right to refuse being assigned to a combat arms specialty like infantry if they are capable of executing those duties? And also –  once women are integrated into combat units, should they also be eligible for the draft?

Regardless of the gender integration experiments in other nations, this debate will never end until we give it a try. So get women in the ranks now and collect data! But for every decision there must be one guiding question: are we stronger than we were and are the costs worth the outcome?

Photos and video used by permission from photojournalist, Rebecca Sell. 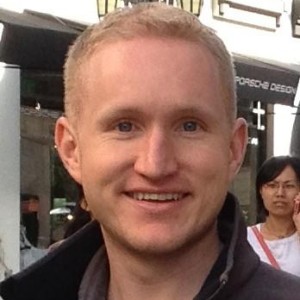 Op-ed: A Marine’s thoughts about women in Special Operations and close-combat roles, the good and the bad

The Women Marine Corps of WWII

The Pic of the Day: Marine Corps, 245 Years and Counting

Marine Veteran Arrested for Drugging and Prostituting Hundreds of Women

This Is Why Dark Humor Memes Are So Important

Why UK’s ‘Hollow Force’ Shows Us It Doesn’t Matter if You Have the Money, Large Militaries Can Crumble Without Clear Vision