The Reading Group of the SOFREP MAFIA is made up of the MAFIA’s readers, who each month, select a book to read and discuss within the Forums. The inspiration for the Group was an old blog by Bob Schoultz, Navy SEAL Captain (ret.), where he talked about what he was reading. Given the variety and depth of each MAFIA member’s backgrounds, I thought that it would be an interesting and fun idea to start up our very own Reading Group.

How it works? Near the end of every month, MAFIA are able to nominate in the SOFREP MAFIA Reading Group thread, any book on any topic , to be read by any MAFIA who wish to participate. After an announced cut off point for nominations, a poll is generated in the same thread, where MAFIA are able to vote anonymously for a set time period. Which ever book receives the most votes is the book we read and discuss for the following month.

The Group has been going strong since the beginning of the year with great interactions between authors and MAFIA readers, as well as great contributions by MAFIA readers. Here are some examples:

The idea* here is that there is actually an undeclared global insurgency, a deinstitutionalization of violence in which non-state actors seek to hollow out the state (rather than control it) in order to pursue their own criminal agendas. These groups are not monolithic by any means and do not always share an ideology aside from being insurgents. Maybe they are united by anti-Americanism, anti-Capitalism, or whatever, but it is very different than the East vs. West binding forces that we saw in the Cold War. This also leads to 4th or 5th generation warfare where the lines between soldier, policemen, and civilian have broken down, they are now all one and the same. The entire world is perpetually in some stage between war and peace…low-intensity conflict? Maybe, but the academics will argue over the definitions for fifty years after this paradigm has faded away. So these various groups may be able to collaborate and work together when facing the same pull/push pressures and by sharing the same broad objectives. They also learn from each other because of the advance of communications technology so TTP’s are disseminated faster than ever before.

I hope to write more about this in future books, I’m really glad to see the readers getting something more out of Target Deck than the simplistic messages in most books in this genre…”torture is good” “something has to be done about Iran” “Russia is evil” and that sort of thing.

Brandon Webb describing some ‘insider gouge’ in regards to “Navy SEAL Sniper“, which he wrote with the late Glen Doherty:

I hope you enjoy this book. It’s primarily for folks interested in shooting. Glen and I were both frustrated by the amount of books on sniping at B&N and NONE written by actual snipers. Even Plaster’s book, The Ultimate Sniper (a good one), falls into this category. As much as he’d like to “represent”…

The book is an updated version (and what the first one should have been) of 21st Century Sniper. Glen and I were pissed at Skyhorse for the hack job they did on 21st Century, and almost sued Skyhorse to not do this book (they said they were entitled to it…we disagreed). In the end Skyhorse gave in to all our requests (hard back, color, good stock), and the book went through a final edit weeks before Glen deployed to Libya. The book turned out fantastic, and I know Glen and Chris Kyle would both be proud of it.

SOFREP MAFIA Reader Scott SAFD showing us some of the professional development notes he made for his Battalion Chief of the Fire Department he works in, concerning the book: “The Mission, The Men, and Me” by Peter Blaber:

Ch. 7 “Always listen to the guy on the ground.”

“Guy on the ground” is a metaphor for the people who are actually interacting with the environment. Listening is just that – listening – it doesn’t mean abdicating responsibility or doing anything the individual(s) say, although you might – it only implies that you listen to him or her as one of your primary inputs.
The type of knowledge that makes the guys on the ground so valuable is called “tacit knowledge”. Tacit knowledge is contextualized knowledge of people places, ideas, and experiences. (Imagine trying to teach someone how to swim over the phone or e-mail.) Pride and hubris are two of the most common derailers of a person’s common sense. We must be willing to add their talents and skills to our own, no matter how different that person is from us. It allows us to recognize that it’s ok for our initial thought process and decision to be wrong.

We also take full advantage of the internet, posting videos, links, and photos, that are relevant to the book we are discussing.

A final example being this video posted in the thread for “Trident K9 Warriors“ by Mike Ritland, which features a filmed demonstration by SEAL Team 10 at Little Creek, which utilizes a SOF Military Working Dog, the subject of Mr. Ritland’s book.

This month’s book is “American Gun“ by the late Chris Kyle.

As I said, any MAFIA reader is welcome to participate and give their thoughts and opinions. We’re a friendly bunch and always seeking more readers.

Final note: ALL THREADS REMAIN OPEN, please feel free to leave your thoughts on any book we have discussed in the past. I’m sure there are people always willing to, give and listen, to an opinion on books they have already read. 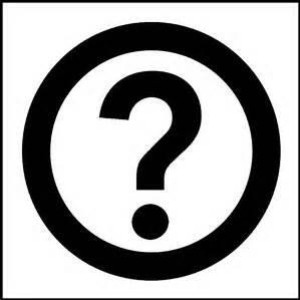 E-4 Mafia: The Real Dons of the American Military

An Operator’s tale: Delta Force and the Italian Mafia