As Russia continues to bomb civilian areas across Ukraine, groups and individuals from around the globe are rushing towards the sound of gunfire to help. They will serve in a newly created “International Legion.”

One such person is a forty-year-old French-Canadian computer scientist known by the nom de guerre of “Wali.” 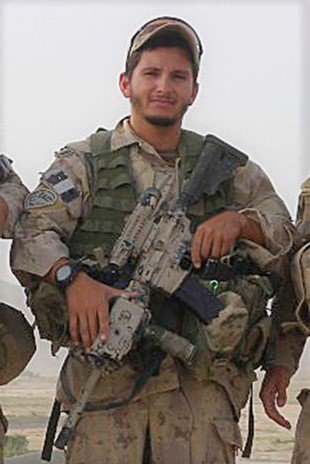 ** One of the world’s deadliest snipers has put his life on hold and volunteered his skills to help the people of Ukraine.

“Wali” can be interpreted from the Arabic word وَلِيّ to mean “protector.”

As a member of the revered Royal Canadian 22e Régiment, he was deployed twice to Afghanistan between 2009 and 2011.

Answering the Call for Help

Ukrainian President Zelensky has previously announced that warriors from around the world willing to join in the fight would be welcome.

“All foreigners wishing to join the resistance against the Russian occupiers and protect international security are invited by the Ukrainian government to come to our territory to join the ranks of our territorial forces.”

Last week, Wali was contacted by a friend involved in supplying humanitarian aid to the Donbas region of Ukraine.

He later stated in an interview with La Presse:

“He told me they needed a sniper. It’s like a firefighter who hears the alarm ringing. I had to go.”

The family didn’t make the decision lightly. Wali leaves behind a wife and a son who will celebrate his first birthday without him.

Regarding that, he told the Sun:

“I know, it’s just awful. But me, in my head, when I see the images of destruction in Ukraine, it is my son that I see, in danger and who is suffering.

Read Next: Canadian Sniper Wali and His Sako TRG-42 Rifle Both Alive and Well in Ukraine

“When I see a destroyed building, it is the person who owns it, who sees his pension fund go up in smoke, that I see. I go there for humanitarian reasons.“

Wali wasn’t the only Canadian warrior to heed the call. Three other men went with him, traveling to Poland and crossing the border into Ukraine in the middle of the night against a sea of refugees heading the other way.

Once safely across, he and the three other former Canadian soldiers who made the journey with him were greeted with hugs, handshakes, flags, and photos by the local population.

“They were so happy to see us,” Wali said. “It was like we were friends right away.”

After making their way a little deeper into the interior of Ukraine, he and the other Canadian veterans have taken shelter in an abandoned home while waiting to link up with local authorities.

His deadly work will shortly begin if it has not already started.

Wali and his comrades join a growing contingent of Canadians who have apparently arrived in Ukraine to fight Russia.  Since Ukraine is not considered an enemy of Canada, it’s citizens can volunteer to serve in that military without fear of charges when and if they return.

The Foreign and Domestic Snipers of Ukraine