Former NASA Astronaut and the second person to step onto the moon, Buzz Aldrin set another record Sunday as he became the oldest person ever to fly with the famed Air Force Thunderbirds demonstration team.

To make things ever more exciting the flight team ‘buzzed’ Aldrin’s old NASA stomping grounds, the historic launch pad 39A that launched him to the moon on Apollo 11 in 1969. 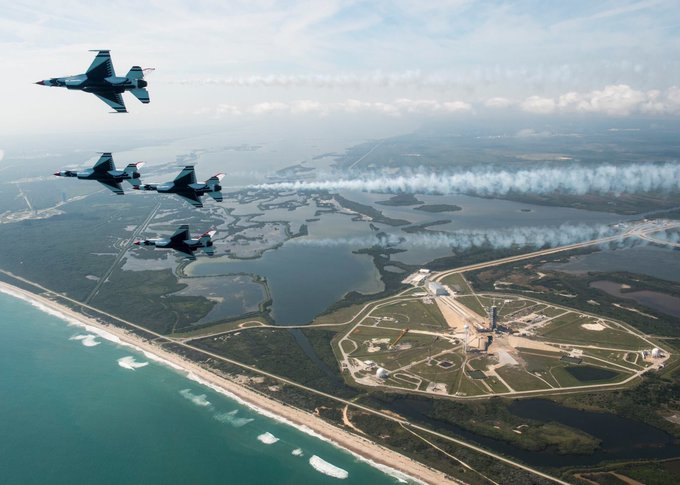 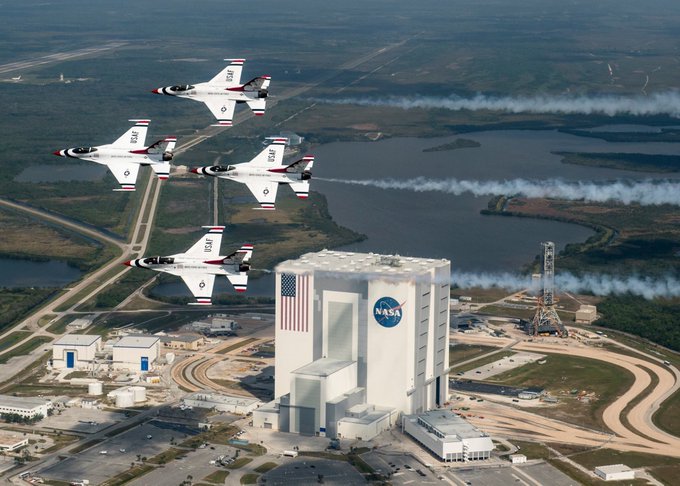 What an awesome day! Retired Air Force Col. and astronaut Buzz Aldrin flew in the diamond formation over Launch Complex 39A at the Kennedy Space Center. In 1969, Buzz Aldrin broke barriers and set foot on the moon.

He is a true American hero and pioneer. We are proud of his accomplishments and the legacy he represents every day. – US Air Force Thunderbirds

Aldrin who is 87 years old, wore a shirt underneath his flight suit that said “Get Your Ass to Mars!” Aldrin is a huge supporter of NASA’s plans to send people to Mars. The flight lasted about 20 minutes.

Read Next: Buzz Aldrin sets the record straight on Apollo 11 UFOs, but says alien life is a 'certainty'

This article is courtesy of Fighter Sweep.

Buzz Aldrin sets the record straight on Apollo 11 UFOs, but says alien life is a 'certainty'

Apollo 11: One of the most significant events of the 20th century

Think the moon landing was a hoax? Then we'll make this simple...

Future Secretaries of Defense Should Take a Cue from Chris Miller