Forgotten rifle of the Vietnam War: The silent sniper

The thick and lush jungles of Vietnam and the enemies it contained was the first time modern American forces engaged in asymmetric warfare. The enemy was cunning, intelligent, and experienced in guerilla warfare. If the United States wished to really fight this war they had to change their mindset and their tactics. One of the most effective types of soldier in Vietnam was the sniper.

Vietnam was the war that secured the place of American sniper’s for generations to come. The enemy quickly learned the capabilities of the American rifleman and exploited it. They learned how far an average rifleman could shoot, and stayed outside that range. When the Vietnam war started there wasn’t standardized Sniper training, Sniper platoons, or even Sniper rifles. It was the performance of these Snipers in Vietnam that secured the sniper concept as a permanent fixture in the United States military.

The rifles associated with American Snipers in Vietnam are the Winchester Model 70 and the M21. Both rifles proved to be accurate and capable in their role. The Vietnam war happened at an interesting period in weapon design and technology. The Vietnam War was the first large scale war the United States waged against guerilla forces. Weaponry and tactics had to adapt and evolve to fight in this new kind of war.

The Changing Face of War

A lot of the modern technology we use in war today was first brought into play in Vietnam. This includes portable and effective night vision, general purpose machine guns, and suppressors. The use of Starlight scopes and suppressed rifles made snipers a vicious threat to the Vietnamese communists who found themselves unfortunate enough to be in a sniper’s sights.

Suppressed M21’s proved to be very effective, but were plagued by their supersonic ammunition. Even with a suppressor on the end of their rifle the supersonic crack of a .30 caliber round is enough to make your ears ring. The suppressors were effective at hiding the sniper’s position, but were still too loud to dispatch enemy forces without raising an alarm. The United States military needed a weapon that could dispatch enemy troops without a supersonic crack.

There was some limited use of subsonic ammunition in Vietnam according the Peter Senich’s book, “The Long Range War.” This 7.62 ammunition was subsonic when tested in the United States. However, the temperature and humidity of the Vietnamese jungle affected the round’s velocity. Reportedly 1 in 4 rounds would still create a supersonic crack.

The Origin Of Requirement

The Limited War Laboratory began in 1962 and oversaw the developing and contracting weaponry and equipment for the Vietnam War. The LWL acted as a quick reaction research group free from slow bureaucracy and normal R&D rules. The LWL produced a wide variety of modern concepts including under barrel grenade launchers and the implementation of bomb sniffing dogs.

The Limited War Laboratory, or LWL, put out a contract request for a silent sniper rifle. It was to be known as the Silent Sniper System. Their requirement is quoted from the LWL Progress Report and is as follows,

The firing signature should be essentially inaudible beyond 100 meters.

Aircraft Armaments Inc. was given the contract. AAI is famous for their development of many different small arms, including the M203 grenade launcher. The contract for this new sniper rifle was authorized at a cost of $163,016 dollars according to LWL progress reports.

To allow a rifle to be as silent as possible, and to fill the 100-meter requirement they would have to use a subsonic round. That round came in the form of a shortened 458 Winchester Magnum. Frank Barnes, of Barnes Bullets, was to design the round. Mr. Barnes shortened the case from 63.5 mm to 38 mm, and topped it with a 500 grain 458 projectile. This new round was named the 458 x 1.5 Barnes.

The round was subsonic and theoretically would be effective at longer ranges. Sometime between choosing the round and building the rifle the round was trimmed from 1.5 to 1.3 inches, or 33 mms. According to Bill Woodin, of Woodin labs, the round was designed solely for the Silent Sniper Program. While researching this article I did find an individual who built a customized revolver for metallic silhouette shooting. Skilled reloaders may have trimmed 458 Winchester magnum brass and produced their own 458 x 1.5 Barnes rounds.

Read Next: ‘Quiet professionals’: These Are the Legendary Vietnam War Marksmen Every Marine Scout Sniper Trains to Be

An off the shelf rifle was chosen for the platform base. The rifle chosen was the Winchester Model 70. The rifle was already being used by Marines snipers in Vietnam. Marines like Carlos Hathcock proved the rifle was quite accurate and very effective. The rifle would of course have to be chambered in the 458 x 1.5 Barnes cartridge. Most likely this was a Winchester 458 Magnum rifle customized to accept the shorter round. This is theoretical since there is no evidence of what the original rifle was chambered in.

Suppressor had been around for quite some time at that point, but military use was very limited. AAI took a familiar route in designing the rifle’s suppressor. It’s doubtful AAI could license an off the shelf suppressor option since production of suppressors was very small at that time. AAI’s design is very similar to the De Lisle carbine.

The De Lisle Carbine was a British carbine that was integrally suppressed, and fired the subsonic 45 ACP. The rifle was used by Commandos and other special forces to remove sentries and was apparently one of the quietest rifles ever produced.

This give the lithe Winchester Model 70 a very bulky appearance. Its barrel resembled a water jacket from a machine gun mated to a sniper rifle.

Every sniper rifle needs a scope and the Silent Sniper System is no different. The scope of choice at the time was the Auto Ranging Telescope. The ART scope was used for the M21 rifles and was designed for the 7.62×51 NATO round. The ART would have a modified ballistic cam designed for the 500 grain 458 projectile.

There was reportedly an adapter mount base to permit the mounting of the night vision Starlight Scope. The AN/PVS-2 Starlight scope weighed approximately six pounds with battery. The Starlight scope was considered quite high tech in Vietnam.

The end result was a rifle that weighed 14.5 pounds with optic and was 45 inches long. By comparison the M249 SAW light machine gun is 17 pounds and a little over 40 inches long.

The Limited War Lab stated in one report that,

“The Silent Sniper System is a special weapon for a specialized role and, as such, will be heavier and of a different size and configuration than the normal military shoulder fired weapon.”

This exemplifies the vast divide between the engineer and the end user. As the M21 with a twenty round capacity and optic weighed 11 pounds and was a heavy rifle. As a former infantryman I appreciated anyway I could cut weight on those long patrols. Sniper teams often prefer to travel light in my limited experience in working with them. In the infantry ounces equal pounds and pounds equal pain isn’t just a motto, it’s a lifestyle. Sticking them with a very heavy rifle, without the ability to mount a bipod would make this rifle’s role very small.

The Silent Sniper System had a capacity of three 458 rounds and the Model 70’s integral magazine fed the rifle.

In ‘Limited War Sniping’, By Peter Senich, Mr Senich states that the initial contract in 1967 had two rifles and 2,000 rounds delivered to Aberdeen Proving Grounds.

The Aberdeen proving grounds began testing the rifle in 1967. Aberdeen worked out several issues with the rifle in the United States. Reports from the LWL show the rifle being delayed for deployment twice, supporting the assertion the rifle had bugs to fix. 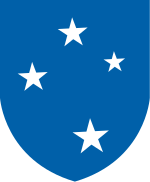 The LWL placed an order for 6 rifles and 9,000 rounds of ammunition. In talking with Bill Woodin he advised that 5 rifles were sent to Vietnam along with most of the ammunition. This information is confirmed by reports from the Limited War Lab.

The operation would move forward based on the overseas evaluation. In the next piece we’ll see what the experts had to say about this forgotten Vietnam sniper rifle.

This article is courtesy of The Loadout Room.

‘Quiet professionals’: These Are the Legendary Vietnam War Marksmen Every Marine Scout Sniper Trains to Be

The Vietnam Marine with more confirmed kills than Carlos Hathcock

The Sniper – Past, Present, and Future Missions

A Brief History of the Dragunov Marksman Rifle

The Greatest Army Air Corps Fighter Plane of WWII? The Answer May Surprise You