The Air Force brought their secret unmanned X-37B spacecraft in for a landing this morning at the Kennedy Space Center in Florida. After completing 718 days in orbit the experimental X-37B landed safely at the historic Space Shuttle Landing Facility on Cape Canaveral. Many local residents reported hearing the sonic boom as the spacecraft arrived.

⇒ Learn Why an Aircraft Creates a Sonic Boom Here 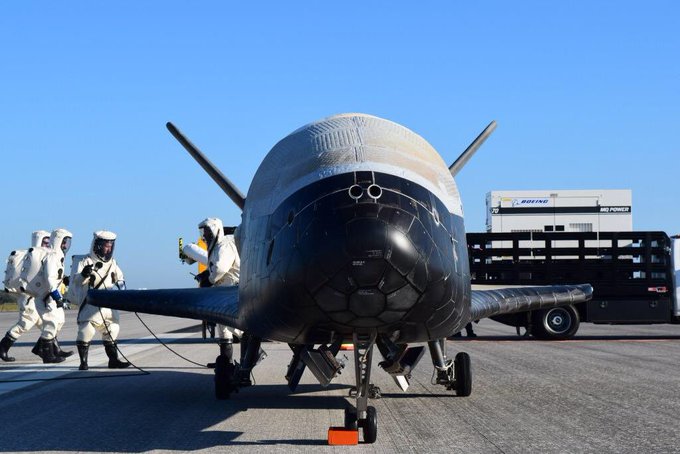 OTV-4 launched from Cape Canaveral on a United Launch Alliance Atlas V rocket on May 20, 2015.

Air Force officials have called the X-37B program, which is managed by the Air Force Rapid Capabilities Office, “the newest and most advanced re-entry spacecraft.” – News 6 Orlando

There are two Air Force ‘mini shuttles’ that have been flying secret missions into space since 2010 performing a wide variety of experiments aimed at advancing space technologies.

This article courtesy of Fighter Sweep.