A U.S. warship carried out a “maneuvering drill” when it sailed within 12 nautical miles of an artificial island built up by China in the South China Sea, to show Beijing it was not entitled to a territorial sea around it, U.S. officials said on Thursday.

The operation near Mischief Reef on Thursday, Pacific time, among a string of islets, reefs and shoals over which China has disputes with its neighbors, was the boldest U.S. challenge yet to Chinese island-building in the strategic waterway.

It drew an angry response from China, which President Donald Trump has tried to court in recent weeks to persuade it to take a tougher line on North Korea’s nuclear and missile programs.

Analysts say previous U.S. “freedom-of-navigation operations” in the Spratly archipelago involved “innocent passage,” in which a warship effectively recognized a territorial sea by crossing it speedily, without stopping.

On Thursday, the destroyer USS Dewey conducted a “man overboard” exercise, specifically to show that its passage within 12 nautical miles was not innocent passage, U.S. officials said.

“USS Dewey engaged in normal operations by conducting a maneuvering drill inside 12 nautical miles of Mischief Reef,” one official said, speaking on condition of anonymity. 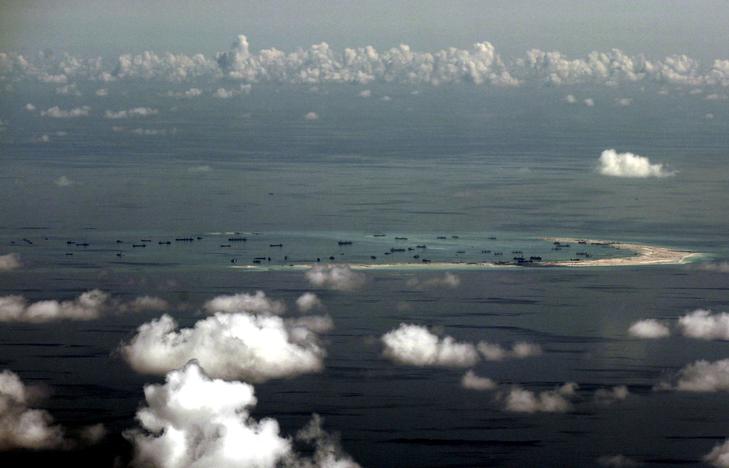 China Has Fully Militarized Islands In The South China Sea, Says US Admiral