A video posted by USA Today was criticized by firearm aficionados for its portrayal of the Ruger AR-556, the rifle that was reportedly used by a gunman to kill 26 people at a church in rural Texas.

In the brief video, USA Today identified components of the rifle and attachments that the assault-style rifle can be equipped with, some of them rare and ineffectual, including what appeared to be a belt-driven chainsaw.

Firearm enthusiasts and media personalities were quick to point out the far-fetched modification, which people have used to fuel stereotypes against the gun industry and gun owners, particularly in the wake of mass shootings. 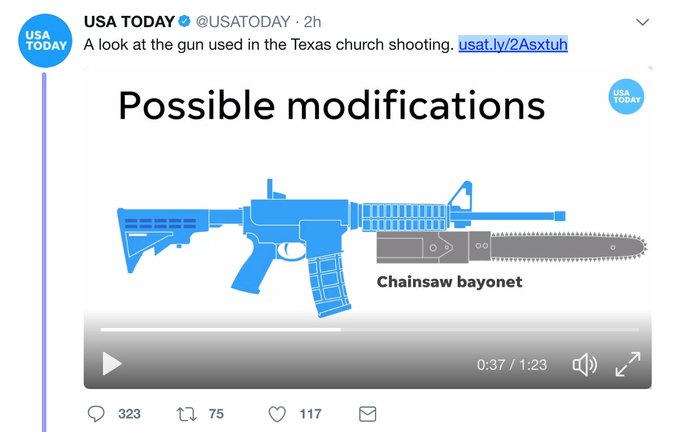 Read the whole story from Business Insider.
Share This:

Infantry Weapons That Stood the Test of Time

How to stab someone with your rifle like a Marine

A Brief History of the Dragunov Marksman Rifle

The Pic of the Day: Checking Out Navy’s M240B Machine Gun

Nobody goes into a room like Delta Force: A CQB attitude primer