A Russian spy ship was spotted patrolling off the coast of Delaware on Tuesday — the same day it emerged that the Kremlin secretly deployed new cruise missiles and buzzed a US Navy destroyer, according to a report.

The Russian ship SSV-175 Viktor Leonov was in international waters, 70 miles from Delaware, as it sailed north at 10 knots, a US official told Fox News. It was not immediately clear where it was headed.

The New York Times reported that the Obama administration had previously seen the missiles as a violation of a 1987 arms control treaty between the US and Russia that banned ground-launched intermediate-range missiles.

Russia had secretly deployed the SSC-8 cruise missile that Moscow has been developing and testing for several years, the Times reported.

The missile deployment presents a major challenge for President Trump, who has vowed to improve relations with Russian strongman Vladimir Putin and to pursue future arms accords. 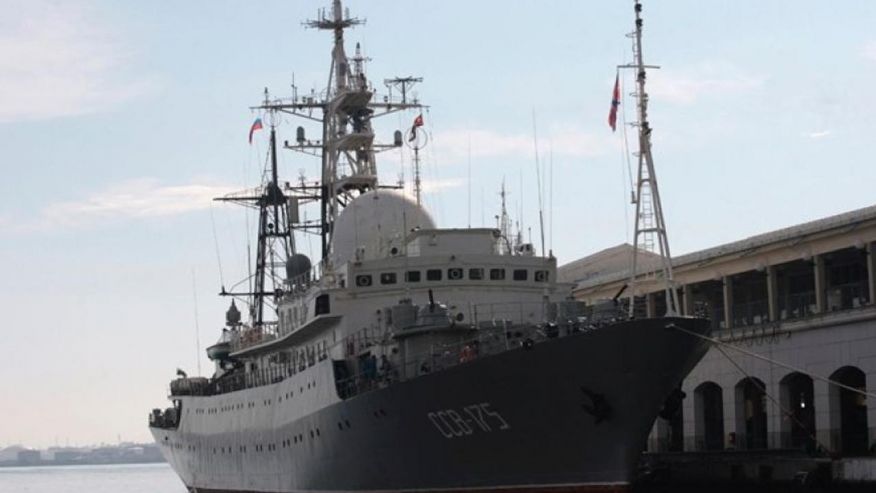 Russian spy ship sinks off the coast of Turkey after colliding with vessel carrying 8,800 sheep

Russia ups the ante on global aggression toward the U.S.

USS Mason deployed defensive measures off the coast of Yemen

1st LT. Arnold R. Flook, the Intelligence Interrogator Who Earned the Silver Star in the Battle of Chosin Reservoir

Pentagon’s Scrambling in Ukraine Donation Logistics: ‘We Haven’t Got This Figured Out’